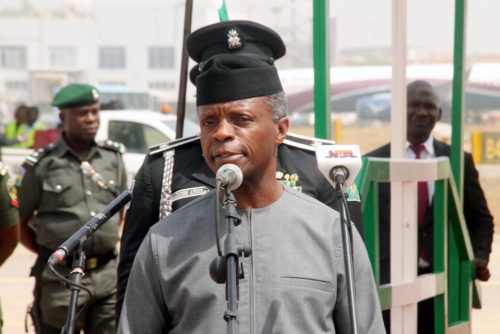 Speaking at the National Assembly’s Security Summit, saying that embracing state police would help to beef up security in the country.

Osinbajo said the state policing system was the way to go as a centralised police system would not solve the nation’s security challenges currently being witnessed.

Osinbajo debunked allegations that President Muhammadu Buhari was ignoring the killings by herdsmen because he is Fulani, saying that the president was very much concerned about the Benue killings.

He further warned Nigerians not to allow the conflict between herdsmen and farmers assume ethnic and religious dimensions.