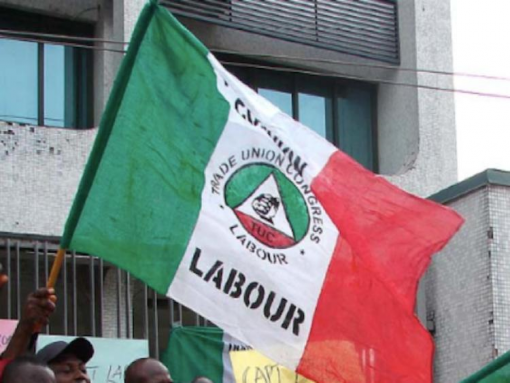 The Nigerian Labour Congress (NLC) and two other Unions in Kano State have threatened warning strike over alleged persistent deduction of workers’ salary.

The NLC Chairman in Kano, Kabiru Minjibir disclosed this to newsmen on Thursday after a meeting with the Trade Union Congress (TUC) and Joint Public Service Negotiations Council (JPSNC).

Minjibir said the consultants who were assigned the handling of salary issues in the state had been deducting workers’ salary without justification, thereby causing them unnecessary hardship.

“The intended warning strike is due to the protracted inconsistencies in the payment of monthly salaries to workers by the so-called consultants engaged by government.

“We noted with serious concern the unauthorised deduction of undefined amount of over N367.50 from worker monthly salaries and N168.00 from pensioners for undisclosed reason.

“The government must suspend the use of consultants on salary issues latest by May 2018 and hand it over to qualified and experienced civil servants,’’ he said.

Minjibir said the unions also faulted the non-implementation of the annual salary increment of workers as well as delay in promotion of the state civil servants, Local Governments and SUBEB workers.

The NLC Chairman said the unions resolved that government should put on hold the proposed deduction of monthly premium to Contributory Health care Scheme due in February 2018.

He said the deduction should be put on hold until all issues of salary, documentation and access to healthcare services were completely resolved.

Minjibir also urged the government to respect its resolve to pay salary, pension on or before 25th of every month

He said the labour unions would have no option than to “embark on a three-day warning strike after March 5”, if the issues raised were not addressed.