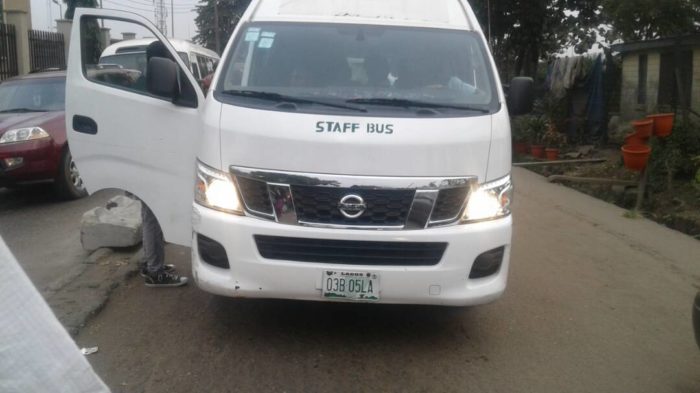 One of the vehicles impounded by the taskforce

Operatives of the Lagos State Task Force have impounded 55 vehicles around Adekunle Fajuyi Road, Ikeja for driving against the flow of traffic, thereby causing obstructions to motorists driving towards Railway-lines at Shogunle, Lagos.

The 55 vehicles were impounded for contravening schedule (1), item 27 of the Lagos State Road Traffic Law of 2012.

It was gathered that an incident occurred few days ago where train would have crushed a family to death inside a Toyota Camry because of motorists driving against the flow of traffic at Adekunle Fajuyi Road around Shogunle.

Owners of the impounded vehicles were on Thursday arraigned for prosecution on the directive of Imohimi before Magistrate Lateef Owolabi and Magistrate Patrick Uwaka of the Lagos State Mobile Court sitting in Oshodi, Lagos.

Twenty-five of them who appeared on Thursday in court had their vehicles forfeited to the Lagos State Government.

Egbeyemi, however, warned motorists to desists from plying BRT corridors, driving against up coming vehicles (One-way) and any other traffic offences as contained inside the Lagos State Road Traffic Law of 2012.