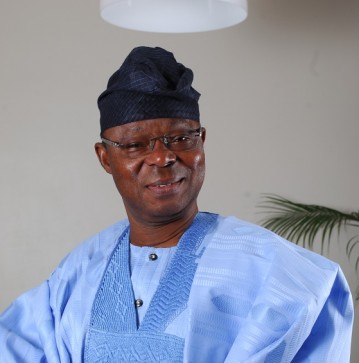 The Chairman of Honeywell Group Ltd, Oba Otudeko on Thursday appeared at the Federal High Court in obedience to a witness summons issued on him by the court.

He was summoned to give evidence, in relation to an alleged N5.5billion debt owed Ecobank Nigeria Plc, Channels tv reports.

Otudeko, was however not allowed to testify owing to sharp arguments between the plaintiff and the defence counsel.

The issue had to do with whether he could be examined, cross-examined and re-examined on his statement on oath before the court.

But Justice Mohammed Idris, has adjourned till Feb 14 for the parties to address the court on this issue.

Meanwhile, a mild scuffle broke out between some of his supporters and journalists covering the proceedings.

His supporters particularly tried to block Channels Television’s cameraman, from taking shots as they left the courtroom.