North Korea has no intention to meet U.S. officials during Winter Olympics 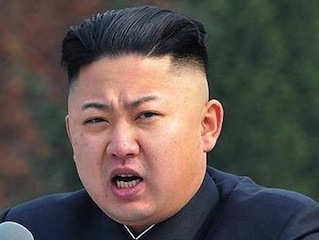 North Korea has no intention of meeting U.S. officials during the Winter Olympics that begin on Friday, the official KCNA news agency quoted a senior North Korean official as saying.

Seoul’s Ministry of Unification said on Wednesday North Korean leader Kim Jong Un’s sister, Kim Yo Jong, planned to visit South Korea as part of a high-level delegation to attend the opening ceremony of the Olympics in the alpine resort town of Pyeongchang.

The opening will also be attended by U.S. Vice-President Mike Pence, who vowed tough new sanctions against Pyongyang over its nuclear and missile programnes on Wednesday and called it the world’s most tyrannical regime.

“We have never begged for dialogue with the United States and it will be the same going forward”, KCNA reported on Thursday, citing Cho Yong Sam, director-general of the North American department of North Korea’s foreign ministry.

“To be clear, we have no intention of meeting with the U.S. during our visit to South Korea,” the report said.