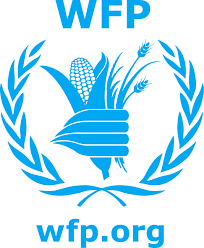 World Food Programme (WFP) says it provided food assistance for 1.1 million Nigerians in the North-East in 2017.

WFP Representative and Country Director in Nigeria, Myrta Kaulard said this in an interview with the News Agency of Nigeria (NAN) in Abuja on Thursday.

WFP is the food-assistance branch of the United Nations and the world’s largest humanitarian organisation addressing hunger and promoting food security.

“In 2017, we provided food assistant to average of 1.1. Million people every day of the year, we have been doing this because people have lost everything while running away from violence.

“These people have been living in confined areas; so, they literarily had no resources and were dependent on food assistant.

“The activities of the WFP in Nigeria are focus on supporting internally displaced persons in Borno, Yobe and Adamawa states.

“However, because we are a UN agency we are working together with the national, local authorities, non-governmental organisations and civil societies,’’ she said.

She emphasised that the WFP support was mobile money or e-voucher for people who did not have the resources themselves but live in places near a market where they could buy food.

Kaulard also said the agency provided real food in situation when there was absolutely no food available, adding that such foods were bought in Nigeria.

He said 70 per cent of the food that the agency bought in 2017 came from Nigeria, adding that it spent 126 million dollars on food.

The WFP County director noted that from the beginning of 2017, the prospects were sad because it was about five million people that were in need of food assistance then.

She explained that by end of 2017 the number had reduced to 2.5 million.

She said that the focus for 2018 was to invest and engage in effort to support everyone to become completely sustainable and autonomous.

“It is a difficult task. There are many challenges, but there is also a lot of commitment and vision. We hope that the resources will continue to be there.

“We are certain and many are willing to help as many as possible,’’ Kaulard maintained.