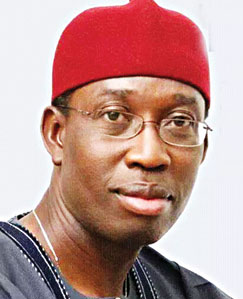 Delta State Governor, Dr. Ifeanyi Okowa has effected a minor cabinet reshuffle by relieving two commissioners of their portfolios while reassigning four others.

The decision to reshuffle the cabinet is in line with the state government’s desire to re-energise the machinery of government and bring new impetus into service delivery.

Governor Okowa in a statement signed by the Secretary To State Government, Hon. Ovie Agas thanked the two commissioners relieved of their portfolios for their commitment and contributions to the SMART Agenda and wish them success in their future endeavours.

The statement also said that the cabinet reshuffle takes effect from February 8, 2018.