Japan to play Mali, Ukraine, Paraguay ahead of World Cup 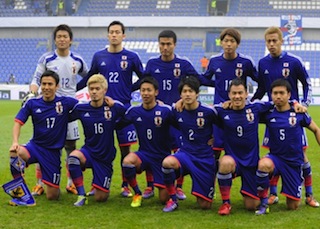 Japan have lined up friendlies against Mali and Ukraine in Belgium in March as they prepare for this year’s World Cup in Russia, the Japan Football Association said on Friday.

Both matches will take place in Liege with national coach Vahid Halilhodzic hoping to work out his best team for the June 14 July 15 tournament.

Japan have been drawn to face Colombia, Senegal and Poland in Group H at the World Cup and begin their campaign against the South Americans on June 19.

“It’s an important opportunity to figure out the team for the tournament,’’ Halilhodzic said in a statement.

Japan, who are ranked 56th in the world, will also play a friendly with Paraguay at an undetermined location on June 12, the association added on its website (www.jfa.jp).

“I’ll look at everything, including the players’ condition. I want to make sure we’re properly prepared for the World Cup,’’ Halilhodzic said.

Tags:   Japan friendlies ahead of Russia 2018