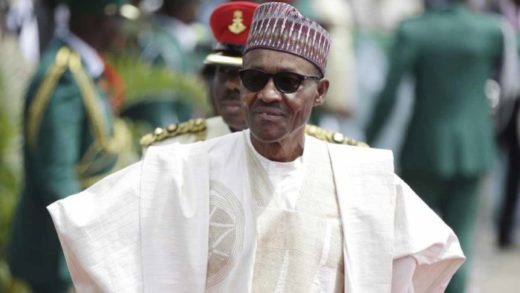 African Centre for Leadership, Strategy and Development (Centre LSD), has urged the National Assembly to repeal the law which guaranteed immunity for president, vice president, governor and his deputy from prosecution.

Programmes Coordinator of the Centre, Mr Uchenna Arisukwu, made the call on Friday in Abuja at the Media Launch and Presentation of Research Reports on Relevant Legislations on the Open Government Partnership (OGP).

Arisukwu said that the OGP was an international multi-stakeholder initiative which Nigeria signed up for to provide an international platform for domestic reformers to make government open, accountable and responsive to citizens.

He advised lawmakers to utilise ongoing constitutional amendment to remove immunity for that category of leaders to ease their prosecution on criminal matters, including corruption.

He said that the call should be heeded if Nigeria was serious about the fight against corruption.

The coordinator also urged the lawmakers to expunge from the Constitution, joint state account with local government clause and provide for full autonomy for the councils.

On fight against corruption in Nigeria, he said it was commendable to note that the present administration signed up to join OGP and developed an action plan that intended to promote fiscal transparency.

Arisukwu said that for the anti-corruption strategy to succeed, it was necessary for all stakeholders to ensure that the action plan was religiously implemented with integrity.

He said that this could not be achieved if anti-corruption laws were not properly positioned and Bills on it passed speedily to attain OGP goals.

“In the light of the foregoing consciousness of constitutional amendment, it is recommended that the process be utilised to ensure that grey areas in the Constitution relating to corruption are refined.

“This is to promote the anti-corruption plan in the country; to this end, activities and information at the disposal of government agencies must be made more transparent.

“Public officials at all levels must account to the people through a regular and easily accessible audit system.

“Much more, section 308 of the Constitution which guarantees immunity from prosecution for president, vice president, governors and their deputies even on criminal charges must be removed.’’

Arisukwu said that the concentration of powers in the Federal Government under the exclusive legislative list of the Constitution was not helpful so, there was need to unbundle the enormous powers given to the centre.

He said that there was also need to strengthen and extend the work of the existing anti-corruption agencies to the states and local government because they seemed to be concentrating on federal level alone.

He said that the centre was the lead civil society organisation partnering the government on OGP, adding that it was currently implementing a three-year project on promoting accountability in Nigeria.

The coordinator noted that the centre was also committed to 13 of the OGP on government-civil society relationship to review existing legislations on transparency and accountability issues.

He said the presentation of report of the research was made into a book for the media, which had the ability to set agenda for public discourse and drive advocacy issues as a tool for engagement and conversations.

The book reviewer, Mr Sulayman Dawodu, said that the book contained research carried out by the government and CSOs in the assessment of the effective implementation of OGP in Nigeria.

Dawodu said that the book contained various bills drafted to address the challenges and loopholes identified in the existing framework of anti-corruption fight.

He said that some of the bills were on Money laundering, Proceeds of Crime, Mutual Legal Assistance in Criminal Matters, Public Interest Disclosure, Witness Protection, Prosecution of Offences, among other bills.

He said that the book was a learning tool for students, practitioners, politicians, policy formulators, public administrators and citizens who were keen on the development of Nigeria’s democracy.