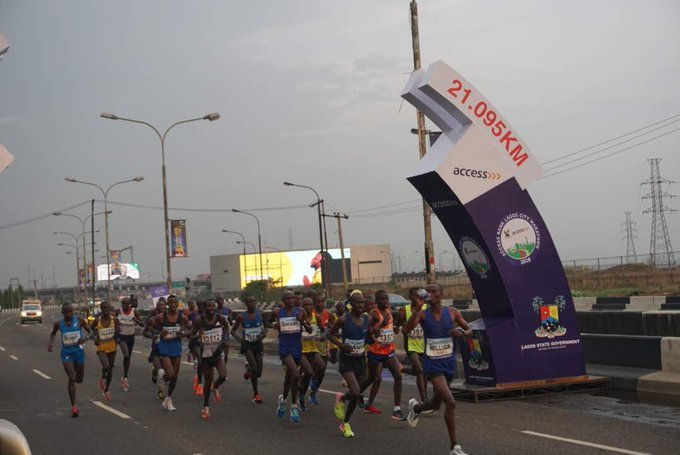 Participants at the Lagos Marathon race

Participants at the Access Bank/Lagos City Marathon Saturday defied an early morning rain to run in the 42km race which started at the National Stadium, Surulere, Lagos.

The rain which started at about 5 a.m. did not hinder participants who turned out in their thousands to participate.

A Correspondent of the News Agency of Nigeria (NAN) who was at the starting point reports that participants were seen walking to the National Stadium.

Kareem Areola, 18, said the rain was not a hindrance to him.

“As you can see, a lot of people are under the rain enjoying themselves and I am also doing the same,’’ he said.

A student, Margaret Chime, 32, said that the rain was not heavy enough to dissuade participants.

“The turnout is impressive in spite of the rain because a lot of people are determined to participate,’’ he said.

Another student, Jimoh Ajibade, 14, said there was no way he could have missed the race because of the rain.

“I was here last year and I enjoyed myself and there is no way I would have missed it this year, so that is why I am here,’’ he said.

Over 100,000 people participated in the IAAF Bronze Label Race which offers 208,000 dollars for grabs.