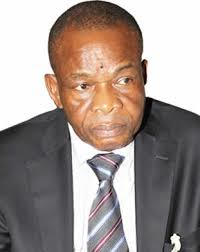 A former Minister of Lands and Housing, Chief Nduese Essien has lampooned the All Progressives Congress, APC leadership through the Mallam Nasir El Rufai-led restructuring committee, for contemplating the re-introduction of the outlawed Onshore/Offshore oil dichotomy in the country.

Speaking on a live interview programme on AIT, he said the move was only an attempt to divert public attention from raging problems currently rocking the country.

“So the mineral oil available on land should be owned by the states apparently because it is protected by the Army and the Police. So what distinction does that make? He forgets that the states that boarder the continental shelf suffer massively,” Essien said.

He argued that it was not fair to have a distinction between offshore oil and onshore oil.

He said that the similarities in the recommendations by the various committees set up by successive governments in Nigeria meant that it was the Committee set up by the APC –led federal government to restructure Nigeria was an attempt to divert attention of the people from important issues.

“This is six months to the primaries. There will be no time for them to implement the recommendation. It is going to be a campaign issue for the next election, in which case, by the time they end the election, it will all be forgotten.”

Essien further maintained that, “Come to think of it, the APC was not prepared on restructuring even though it was part of their manifesto for the 2015 elections, but when they came into office, they forgot until the pressure mounted from all parts of the country for restructuring that they had to set up a committee to divert attention from the pressure.”

“At the heat of the restructuring debate, they came up with the recommendation to show the people that okay we are considering it. Now they have come out with the report in January, how many more months?”

The ex-minister insisted that those heading the country were too reluctant to lose the revenue that would accrue to the federal government and since restructuring meant that revenue will drop, it was doubtful if devolution of powers as clamoured, would be accepted in the country.

Chief Essien maintained that most of the items discussed at the 2014 National Conference “have also been adopted by the APC committee, which means that the APC committee was really writing a white paper for the national conference.”

“Take for example the issue of state creation. We also recommended that one state be created in the South East, to enable the zone to be equal with the other zones of the country.”

The former lawmaker said that the 2014 National Conference also recommended devolution of power to the states, adding that El-Rufai’s committee was going to the extreme on devolution because Rufai is a sitting Governor.