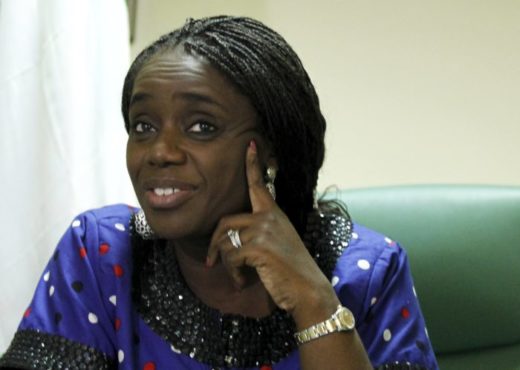 The Federal Government’s capital budget would be strictly deployed to fund infrastructural projects across the country, particularly the completion of ongoing projects, the Minister of Finance, Mrs. Kemi Adeosun, has said.

The Government, she added, would retain the capital budget despite forthcoming elections in the country.

The Minister made this known on Friday in Abuja while representing the Vice President, H.E. Prof. Yemi Osinbajo, at a lecture delivered to the National Defence College (NDC) Course 26 participants.

Responding to an enquiry by a member of the NDC Course 26 on the use of the capital budget for the general elections, Adeosun maintained that the present Administration would not engage in the diversion of the capital project funds for the forthcoming elections.

The Minister said, “The Administration remains committed to infrastructure spending at the high levels of the past two years and the completion of major ongoing projects.”

She further reiterated the commitment of the Administration to its programme of transformation, and jobs and wealth creation across the country.

President Muhammadu Buhari had on November 7, 2017 presented a budget of N8.612 trillion to the National Assembly, with focus on massive infrastructure development which includes: key strategic roads, rail projects and power projects, among others.

Earlier at the National Defence College, the Finance Minister had delivered the Vice President’s lecture to the Course 26 participants titled “Economic Dimensions of National Security: The Nigerian Experience”.

He assured that the Federal Government would continue to play a key role in ensuring national cohesion by promoting social inclusion as a Key State objective.

“Economic development is a springboard for improved national security because it comes with growth which enables more resources for a growing population.

“National economic development means that a country can meet its national security needs without depending on outsiders for the provision of its defence and security needs. Depending on food and energy imports makes a nation vulnerable to external pressure,” said the Vice President, who chairs the Economic Management Team (EMT) of the Government.

He disclosed that the Administration adopted the Economic Recovery and Growth Plan (ERGP) as a response to the recession towards restoring growth and reducing Nigeria’s vulnerability to external shocks.

He explained that the ERGP was initiated to address macroeconomic balance, increase contribution of agriculture, manufacturing, mining and high value services to the economy, build a competitive economy through the provision of infrastructure, and invest in the Nigerian people.

On the Social Investment Programme, Vice President Osinbajo revealed that about 200,000 N-Power Jobs had been created under the programme while 250 million meals had been served under the Home Grown School Feeding Programme.

He added that 300,000 micro loans had been issued under the Government Enterprise and Empowerment Programme.

Osinbajo was upbeat about Nigeria’s outlook for 2018, noting that the Federal Government expects the economy to grow by 3.5 per cent, which is 1.4 per cent more than the International Monetary Fund’s projection of 2.1 per cent for Nigeria.

“With regard to foreign exchange reserves, the level of $40.3 billion achieved by end January is already quite close to the amount of $43.53 billion projected in the ERGP for the end of this year. Given the current state of the oil market, this is a target that can readily be achieved,” the Vice President stated.