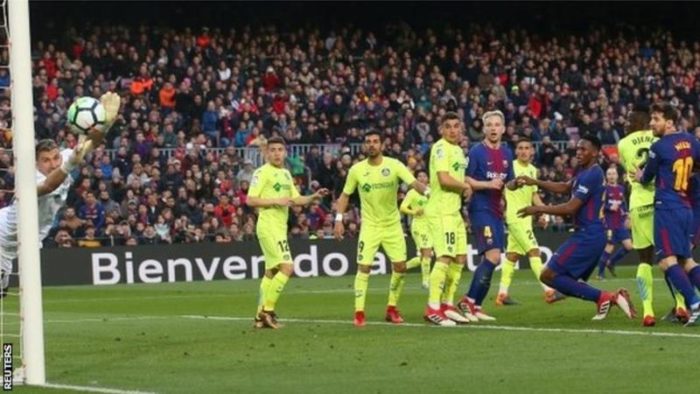 Barcelona failed to score for the first time in La Liga this season as Getafe picked up a hard-fought point at the Nou Camp.

The hosts remain unbeaten in the league and are seven points above second-placed Atletico Madrid.

BBC reports that Philippe Coutinho and Lionel Messi both forced saves from Getafe keeper Vicente Guaita, who is joining Crystal Palace on a free transfer this summer.

Getafe, who move into the top half, almost scored a winner with the last kick as Vitorino Antunes’ 30-yard free-kick was tipped over the bar by Marc-Andre ter Stegen – with no time for the corner to be taken.

Later on Sunday, Valencia came from behind to beat Levante 3-1 and move above Real Madrid into third place.