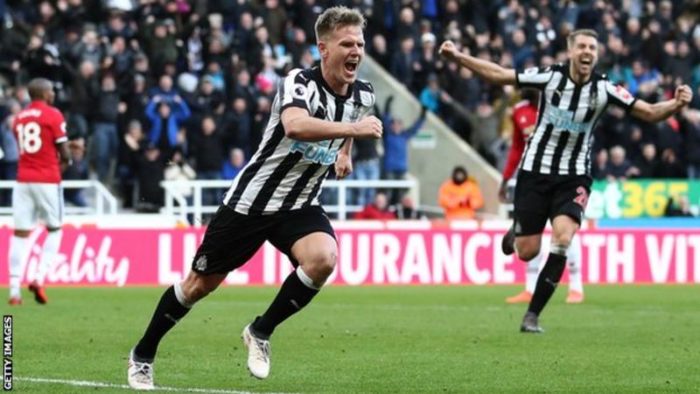 Newcastle won a Premier League home game for the first time since October with a surprise victory over second-placed Manchester United.

BBC reports that Matt Ritchie scored the only goal in the second half as the Magpies climbed out of the relegation zone and left the visitors 16 points adrift of leaders Manchester City.

The Red Devils missed a string of chances to take something from a ground at which manager Jose Mourinho is yet to win a league match.

And the hosts could have had a first-half penalty when Chris Smalling tripped Dwight Gayle.

Defeat for Manchester United raises the prospect of Manchester City being crowned champions when the teams meet at Etihad Stadium on 7 April.

Should both teams win all of their league matches prior to that, City would only need to draw with their fierce rivals to secure the title that day.