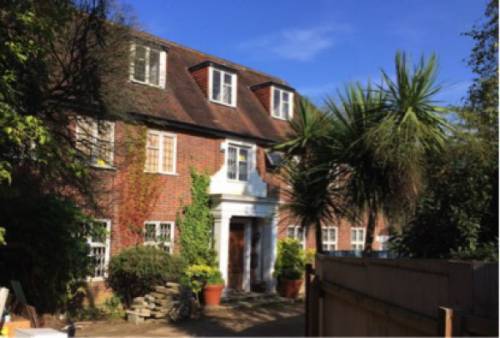 Diezani Alison-Madueke's property at Winnington Road, London may be forfeited to the UK government if not quickly seized by the EFCC

Nigerians, who own property in the United Kingdom, have inundated the Federal Ministry of Finance’s Voluntary Assets and Income Declaration Scheme (VAIDS) hotlines with calls, causing the lines to crash on Friday.

Federal Inland Revenues Service (FIRS) and Ministry of Finance sources confirmed to our correspondent on Sunday that the unprecedented level of calls was not unconnected with the new UK regulation with regard to Unexplained Wealth Orders (UWOs).

The sources disclosed that the confidential hotlines that were provided to enable the booking of appointments had received massive calls and frantic requests from tax payers in the last 72 hours, asking for extension of time to complete their VAIDS declaration forms.

It will be recalled that the UK Government had last week introduced a new law that requires foreign owners of properties in the country to explain the source of their funds or risk forfeiting them to the Government under UWOs.

According to the new law, the UWOs can be obtained for any property or combination of properties valued at just £50,000 (about N25 million) or more, for which the owner is unable to explain legal source of funds.

Our correspondent learnt that data already in the possession of the VAIDS Office in Federal Ministry of Finance reveal that many UK property owners have under paid their taxes before transferring funds overseas to buy property.

“Concerted efforts are ongoing to restore the hotlines following the crash on Friday.

“Most of the calls received are from high net worth individuals, including company executives, bankers and even a governor. All seem to be in panic over the prospect of losing their investments,” said a source within the VAIDS Office.

The official noted that some of the apprehensive Nigerian property investors in UK stormed the Federal Ministry of Finance last Friday without appointments, requesting to see the Minister and also the Head of the VAIDS Office.

The source explained, “Most of the enquiries are about seeking assurance from the Nigerian Government that the VAIDs programme can protect them from potential asset forfeiture to the UK Government. Others requested to know if their names had appeared on the lists from overseas.”

Efforts made by our correspondent to speak with the spokesman of the Minister of Finance, Oluyinka Akintunde, were unsuccessful. Text messages sent to him were yet to be responded to as at the time of filing this report.

The UWO law, coupled with the revelation that many foreign governments are automatically sharing bank and property information with Nigeria, has resulted in an upsurge in enquiries about the VAIDs programme.

VAIDS allows Nigerian tax payers to restate their income and assets without limit and thus could potentially allow those who own property that cannot be explained by their previously declared income to regularise by declaring and paying the correct taxes.