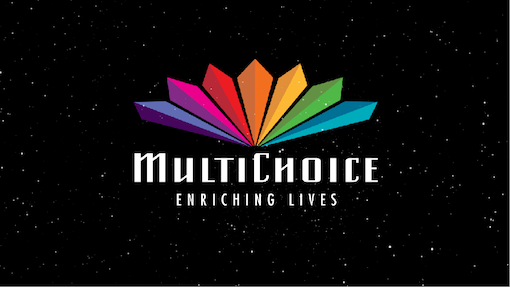 Abuja residents on Monday, expressed divergent views on the alleged directive by the Nigerian Broadcasting Corporation(NBC) to Multichoice, that its licence will not be renewed.

According to NBC, the license issued to Multichoice in 2014 which will expire in June 2019, will not be renewed because it is not in line with Digital Switch Over (DSO) White Paper.

They spoke to newsmen in Abuja.

While some respondents saw it as a welcome development, others expressed the view that multi-choice through its digital satellite television over the years, has provided so much entertainment to its million viewers and this feat should not be jettison.

Miss Agather Agozie said that DSTV and GOTV has helped in the promotion and showcasing of Nigeria music and movies to the world.

According to her, Multichoice has done much for the country’s entertainment industry.

“Nigerian youths have benefitted from Big Brother Naija; Multichoice has provided employment for Nigerians including satellite installers and engineers.

`What about advertisement endorsement by Nigerians especially those celebrities in the entertainment industry are enjoying from Multichoice?.’’

“Imagine what will happen to thousands of Nigerians who get their daily bread from Multichoice.

“Do they not pay tax to the Nigerian government? I will advice NBC to renew their license so that things can move on well in the face of the current economic challenges in the country,’’ Agozie said.

Similarly, Mr Bitrus Bako, a football viewing Centre operator in Nyanya said that he has been able to train his children and take care of his family from proceeds from his DSTV viewing centre.

Bako said that football enthusiasts and fans love to come and pay to watch their favourite football teams play matches.

“Please NBC should renew their license so that I can continue to have money to take care of my family.’’

Also, Mr Timothy Onoja, a park operator said that it would not be encouraging if Multichoice’s license was not renewed.

“If there is no DSTV/GOTV, business will not move for us, because people come to our relaxation spot to watch football and in the process patronise us.

“Nigeria is a football loving nation and sports bind Nigerians as one; we need DSTV so that we can keep enjoying football leagues around the globe,’’ Onoja said.

However, Mrs Bukola Adewumi, a resident said: “personally for me, DSTV’s subscription rate is high and very exploitative; they will just increase their prices without considering the customers feelings.

“I support NBC not to renew their license; we are paying for what we are not using; let it be the `Pay As You Go’ process just the same way they operate in South Africa.

Miss Udora Bassey said that multi-choice had never operated in favour of Nigerians.

“Now that the license will expire in June 2019, I will want the NBC to give them strong conditions that will enable Nigerians enjoy what they can only pay for.

“In other countries, it is pay as you go, meaning you don’t pay for what you do not consume, but here in Nigeria, they treat us as they feel,’’ Bassey said.

Nigeria’s House of Representatives had in April, 2017, instructed its Committee on Information, National Orientation, Ethics and Values to investigate Multichoice Nigeria’s ‘exorbitant charges’ for its DStv and GOtv packages.

In May, 2017, Multichoice Nigeria increased its prices by five per cent on all its packages, after it had increased it prices by more than 20 per cent earlier.