MTN yet to submit applictaion on Initial Public Offering 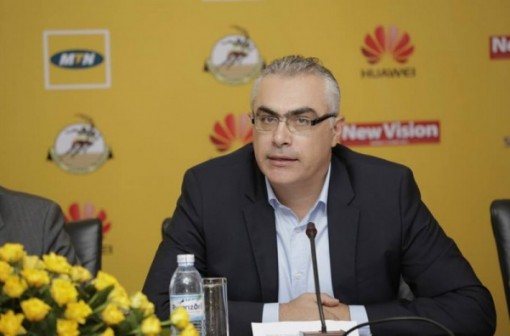 The Securities and Exchange Commission  (SEC) on Monday said that it was yet to be notified by the MTN Group on plans to raise about 500 million dollars from the Nigeria’s capital market.

A source who pleaded anonymity told newsmen in Lagos that the commission was yet to receive any application from MTN on Initial Public Offering (IPO).

“As of today, we are yet to receive any application or notification from MTN on the proposed IPO,’’ he said.

The source said that the commission would remain committed to investors’ protection and development of the Nigerian capital market.

There were reports recently that MTN Group Ltd. was perfecting plans to raise about 500 million dollars from the sale of shares in its Nigerian business in the first half of 2018.

Standard Bank Group Ltd. and Citigroup Inc. had been advising Africa’s largest mobile-phone company on the disposal of as much as 30 per cent of the Lagos-based unit on the Nigerian Stock Exchange (NSE).

MTN had agreed to list the Nigerian unit as part of June 2016 agreement to pay one billion dollars fine for missing a deadline to disconnect unregistered subscribers amid a security crackdown.

Speaking on the implications of MTN listing, Dr Uche Uwaleke, the Head of Banking and Finance Department, Nasarawa State University Keffi, said that the deal if perfected would boost market capitalisation.

Uwaleke revealed that the eventual listing of MTN would increase stock market contributions to the economy as well as encourage other multinational to seek listing, thereby increase confidence in the NSE.

According to him, it will help to de-risk the Nigerian stock market from the dominance of a few companies in terms of market capitalisation such as Dangote Cement.

Uwaleke said that the deal if perfected would enhance present demutualisation effort of the exchange and its success rate following improved confidence by investors and the general public.

He added that it would increase wealth opportunity for Nigerians that would eventually become shareholders as well as increased tax revenue for the government.

Sheriffdeen Tella, a Professor of Economics, Olabisi Onabanjo University Ago-Iwoye, Ogun said that the entry of MTN or any of the big telecom firms into the stock market would strengthen the market and bring confidence to local and international investors.

“The more of such participation by firms with huge financial strength and reputation, the better for the growth of the stock market and the capital market generally,’’ Tella said.