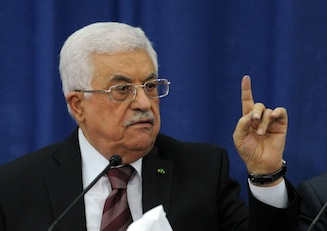 Palestinians may decide to dissolve the existing self-governing bodies and return the responsibility over the territories and its large population to Israel, Nabil Shaath, the foreign affairs adviser of Palestinian President Mahmoud Abbas said.

In accordance with existing agreements, the bulk of the Palestinian population of the West Bank live in the so-called Areas A and B, where the Palestinian National Authority (PNA) is responsible for providing all civilian services.

Shaath told Sputnik: “yes, I think it’s an option we are discussing … But do you know what it will cost Israelis?

“We pay for everything and they are controlling it.”

Shaath, when asked about the possibility of the PNA’s dissolution, said that Palestinians realise that the existence of the Palestinian self-rule makes Israel’s burden of being an occupying power relatively cheap and comfortable, however, it had not been initially designed this way.

“Yes, but that was not the object of that, of course. The object was that it is an interim period that will last at best for three years.

“And then two years of permanent status negotiations. So at most after five years we will have a totally independent state. This never happened.

“We are still living in the first two years of the Gaza-Jericho agreement which is a very interim status and even it is violated,” Shaath said.

Israel and Palestine are locked in a decades-long dispute over borders and sovereignty.

Israel seized Jerusalem from Jordan during the Six Day War in 1967 and declared the city its capital.

Palestine seeks to establish East Jerusalem as its own independent state’s capital.

In early 1993, secret Palestinian-Israeli talks were launched in Oslo.

The parties eventually managed to finalise an agreement that would end the conflict between the the Palestine Liberation Organisation and Israel.

The agreement called for the withdraw of Israeli forces from the Gaza Strip and the West Bank, and for the establishment of a limited Palestinian National Authority.

In addition, the Palestinian side renounced past calls for the destruction of the State of Israel as part of the agreement.

In 1995, the parties signed the Oslo II agreement on the principles for organising temporary self-governance in the Gaza Strip and the West Bank.

The West Bank was divided into three administrative units: Areas A, B and C.