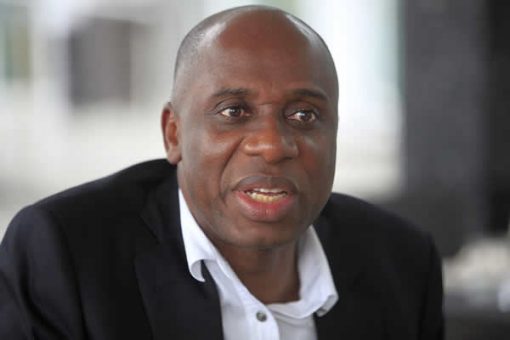 Mr Bekinbo Dagogo-Jack, a Senior Special Assistant on Power to former President Goodluck Jonathan, on Tuesday said the former governor of Rivers, Chibuike Amaechi, had a  clear  vision for the development of the state.

Dagogo-Jack told newsmen in Port Harcourt on Tuesday that Amaechi’s policies on the development of  the state  could not be faulted.

“When in 2007 Amaechi came on board, there was a clear momentum, energy, commitment and vision for development of infrastructure, security, education, agriculture and health.

“If you reflect  back, you can’t fault him the way he was marshalling his development policies in these five sectors,’’ he said.

According to Dagogo-Jack, since the inception of the Gov. Nyesom Wike administration in Rivers, there had been  a loss of momentum.

“Every government, no matter who elected it, is a servant of the people;  so when it  comes  in, it  should look for  people to  help it  no matter the ethnic group  or political divide.

“So, if Wike had taken the right people, Rivers won’t be where we are today,’’ Dagogo-Jack  said.

Dagogo-Jack, who was the Chairman of the  Presidential Task Force on Power Reform,  said  government must search for the right personnel to implement its policies if they must work.