2019 election will be transparent, free and fair -Tinubu 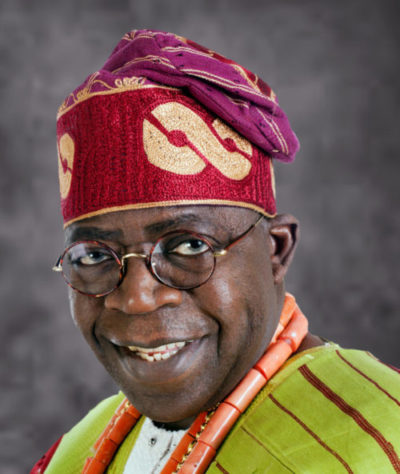 A chieftain of the All Progressives Congress (APC) Asiwaju Bola Tinubu says APC is determined to prosecute 2019 general elections in a most transparent and democratic manner.

Tinubu, who spoke after a closed door meeting with President Muhammadu Buhari on Tuesday, expressed his commitment towards ensuring electoral victory for all APC candidates in the election.

He commended Buhari for appointing him to lead the consultation, reconciliation and confidence building efforts toward improving cohesion within the APC.

“I belong to this party. My commitment is to this party. We have a better chance and we are strongly determined to prosecute election in a most transparent and democratic manner and we will win.

“Well, l feel greatly honoured with the mutual confidence that the president has reposed in me which is a very strong political challenge.

“We have started in earnest. He has given me free hand to put cohesion, confidence and trust in the party.

“Democracy is about conflict resolution process. You can’t do it without resolving conflicts. We can’t build it without understanding the conflicts and sources where we are coming from.

“But we want to leave the country with a legacy. It’s not about Mr. President. That is what he’s telling the country,’’ he said.

He said: “I don’t address those shadows. We should let our former presidents join retirees’ club and take pensions but they can participate in our politics if they are interested.

“It is a free world but this freedom is not served a la-carte but they should allow us to move our country forward.

It is a challenge to every Nigerian.’’