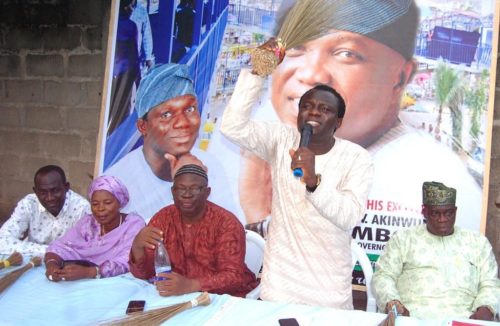 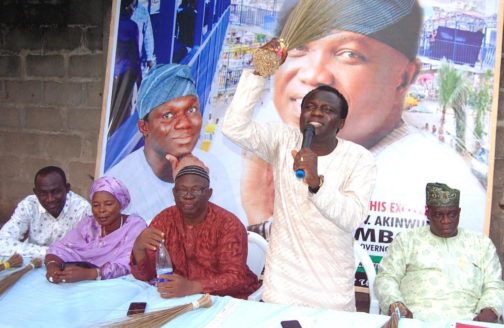 Leaders and members of the All Progressives Congress (APC) in Amuwo Odofin Local Government Area have endorsed the Lagos State Governor, Mr Akinwunmi Ambode, for a second term in office.

The leaders, through the party chairman, Alhaji Waheed Adewuni said Governor Ambode has done tremendously well for the people of the state, hence the endorsement.

Another chieftain of the party in the area, Alhaji Dotun Adegbola appreciated the National leader of the All Progressives Congress, Asiwaju Bola Ahmed Tinubu for giving the state a renowned technocrat, that has brought decency to governance.

“I want to use this medium to appreciate our leader and also to commend our Executive Chairman for unifying our party APC in Amuwo Odofin LGA .”

The Executive Chairman of Amuwo Odofin LGA, Engr. Valentine Buraimoh also commended the state governor for turning the fortunes of the state around.

“Let me gladly notify you that there is no vacancy in Alausa and for this reason we are saying for the progress of Lagos State, Governor Ambode should carry on as our governor in 2019,” the chairman said.

He disclosed further that “members of APC in Amuwo Odofin LGA have resolved to give their massive support to Governor General, Mr. Akinwunmi Ambode.

“As from today, we have resolved to continue our politicking and meetings to continue to spread the good news of Akinwunmi Ambode for 2nd term.”

Meanwhile, some aspirants for the House of Assembly in Amuwo Odofin LGA Constituency 1, Jimi Shobayo, Ola Folorunsho and Ayobami Akanni Omabegho maintained that Governor Ambode had performed well, noting that he deserved another term to bring more development to the state.

Others were the councillors, supervisors, ward chairmen, women and youth leaders, amongst others.