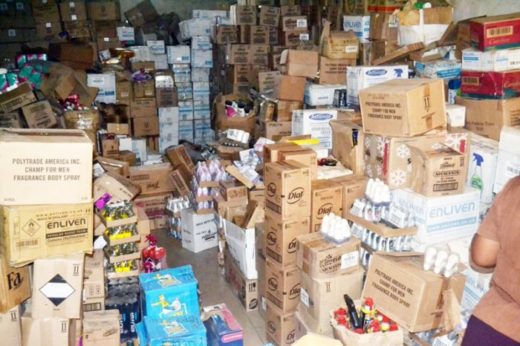 The National Agency for Food and Drugs Administration and Control (NAFDAC), on Wednesday, charged a businessman, Ezeanwu Ifeanyi, before a Federal High Court Lagos, over alleged importation of fake drugs.

The accused was arraigned on a one count charge of dealing in fake drugs.

In the charge, the NDLEA alleged that the accused was found in possession of a one by 40 feet container which harboured some restricted drugs including: Tramadol Hydrochloric tablets, Royal Tramadol, Ibamol tablets, Heogra tablets, and Diarrhea capsule.

After his plea was taken, the prosecutor, Mr Umar Shamaki, sought for an adjournment, and urged the court to remand the accused in prison custody, pending trial.

However, the accused counsel, Mr Chinwobi Adiele, urged the court to order the prosecution to oblige him with the proof of evidence to enable him defend the accused.

Adiele, further told the court that the bail application of the accused was before the court, and service had been effected.

Consequently, Justice Hadiza Rabiu-Shagari, adjourned the matter until March 16 for hearing and ruling on the bail application.

Rabiu-Shagari ordered that the accused be remanded in prison custody.

The offence contravenes the provisions of section 1(a) of the Counterfeit and Fake Drugs and Unwholesome Processed Foods (Miscellaneous Provision) Act Cap. C34 Laws of the Federation, 2004

The section 3(1)[a] prescribes a fine not exceeding N500,000 or imprisonment for a term of not less than five years, or more than fifteen years for the offence of importation of fake drugs.