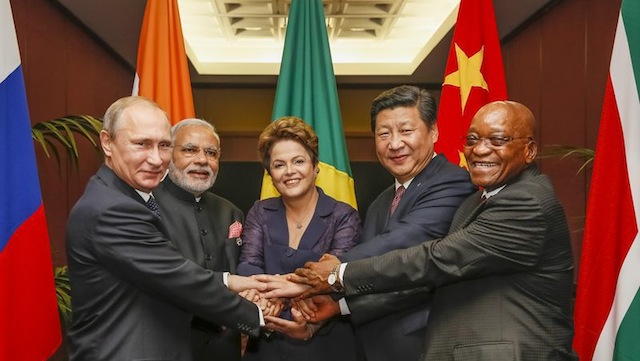 The potential departure of President Jacob Zuma of South Africa is unlikely to impact the 10th BRICS Summit scheduled for July, said experts.

The 10th BRICS Summit is the 10th annual diplomatic meeting of the BRICS, a grouping of major emerging economies that includes Brazil, Russia, India, China and South Africa.

The summit is scheduled for July 25 to July 27 at the Sandton Convention Centre in Johannesburg .

South Africa’s ruling party African National Congress (ANC) on Tuesday ordered President Jacob Zuma to step down as the state head after marathon talks over the fate of the leader.

The potential dimission of the president, according to experts, will not impede the 10th BRICS Summit to be held in July in South Africa, which takes over the rotating chairmanship of BRICS.

“The Zuma exit (Zexit) will not affect the BRICS summit.

“A new South Africa president will convene the summit and the programs will continue,” Gwinyai Dzinesa, a researcher at Centre for Conflict Resolution based in Capetown, South Africa, told Xinhua on Tuesday.

This proposal was put to the ANC’s National Executive Committee (NEC) on Monday, as it discussed Zuma’s recall from office, but was shot down by the committee.

Zuma has reportedly told Cyril Ramaphosa, the leader of the ANC, that he will use the three months to “introduce him” to international bodies such as the African Union, the United Nations and BRICS.

South Africa will not allow the summit to abort, said Ngqabutho Nicholas Mabhena, a political commentator at the Zimbabwe Communist Party.

“The BRICS mechanism has strengthened cooperation for institutional development, which saw the creation of the New Development Bank (NDB) and the recently launched Africa Regional Centre in Johannesburg,” Mabhena added.

He also said South Africa is willing to see BRICS countries help each other with inclusive economic growth, value-added multilateral trade and investment in productive sectors.

Since South Africa joined the BRICS in 2011, the country has scored major achievements, such as the mentioned NDB.

Gerry Thomas, the chief executive officer of Krispy Kreme, a famous South African food producer, said in an interview that the summit is important and “its organization will be an important milestone towards building stronger solidarity and cooperation among the emerging markets.”

Magashule also said on Tuesday that Zuma has not been given a deadline to resign but is expected to respond to the recall on Wednesday.

As uncertainty over Zuma’s future continues, the South African government has postponed a cabinet meeting scheduled for Wednesday.