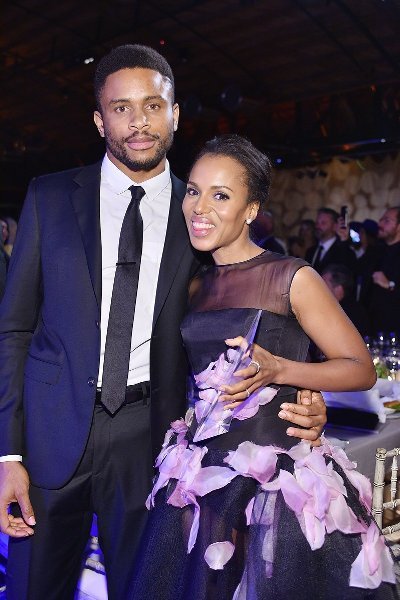 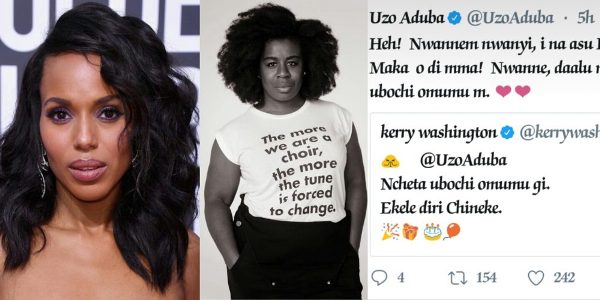 Washington, who is married to Nigerian NFL player, Nnamdi Asomugha and has two children.

She came under the spotlight for her role as Suzanne ‘Crazy Eyes’ Warren on the Netflix original series ‘Orange is the New Black’.

Some tweeter users have been commending the two actors for their exchange and below are some of the reactions:

The tweet, `The Kerry Washington Igbo’ has become one of the most searched item on social platform.

Here are some of the reactions:

@Gladyss tweeted: “Kerry Washington’s Igbo is getting better than mine…. I have no excuse.”

@nothing_dome wrote: “Damn, let’s talk about how @kerrywashington’ s written Igbo has far surpassed my own. SMH. Next thing, her jollof rice will come pass my own.”

@thecelebrallemon tweeted: “At the top of the list of things making us smile today, (a very long list) is this beautiful Igbo exchange between actresses, @kerrywashington and @uzoaduba.