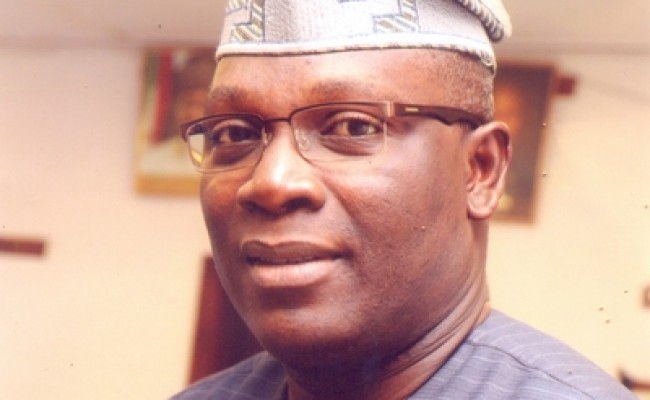 The Lagos State Commissioner for Special Duties and Inter-Governmental Relations, Mr. Seye Oladejo has said that Governor Akinwunmi Ambode has approved the establishment of four additional LASEMA Response Units, LRU in four different divisions across the State, just as he disclosed that a new fire station will also be built at Ijegun area of the State.

The new LRU, according to the Commissioner, would be situated in Badagry, Costain, Epe and Ikorodu areas of the State respectively, adding that the decision to locate a new fire station at Ijegun was informed by the determination of the state government to prevent a re-occurrence of the recent fire incident that gutted a tank farm at Ijegun Ibasa in the Ojo Local Government Area of Lagos.

The Commissioner made this known on Tuesday during a quarterly stakeholders meeting of all emergency responders in the State at Alausa, Ikeja on the review of the Lagos State Emergency Response Plan (ERP).

Oladejo said that the government was not only exploring emergency response on water, land and air but is also expanding its scope through the establishment of more Emergency Response Units across different areas of the State such that the response rate of emergency responders would be quicker and faster.

“In this year 2018, we want to significantly reduce delay in responding to emergency situations and in achieving this; we recognize the role of all relevant stakeholders in making this possible including members of the public.

“With these concerted efforts being made to salvage lives and property within the ‘Golden Hour’, the establishment of more LRUs will definitely complement these efforts and this will automatically result in the procurement and deployment of more equipment and training of our personnel to effectively manage these emergency occurrences,” he said.

In his welcome address, the General Manager, Lagos State Emergency Management Agency (LASEMA), Mr. Adesina Tiamiyu said that the periodic stakeholders’ meeting was meant to seek further collaborations as well as to synergize in the areas of operations towards the urgent need in achieving a sustainable disaster risk reductions as well as effective and efficient management of emergencies/disaster in the State.

According to him, the gathering would also afford relevant stakeholders the opportunity of in-depth review of their individual and collective roles in disaster prevention, preparedness, mitigation, response and recovery in the State in line with individual organization’s core mandate.

He also noted that the idea of this meeting is to build further collaboration and to look for opportunity in increasing the capacity building of our stakeholders which will serve as a solid foundation for effective and efficient emergency/disaster management in the State.

“This is because of the compelling necessity of effective disaster management in modern societies, as a prominent governance tool. It is more so, since all over the world, surmounting emergencies take the collaborative efforts of the relevant stakeholders on one hand, and the active support and collaboration of the grassroots, communities and the populace.” The General Manager reiterated.

The General Manager stated that as part of several measures to tackle the numerous emergency challenges confronting the State, being a very high concentrated city for commercial activities, possibilities of floods, fire disaster and sundry others, LASEMA is now putting in place the Lagos State Emergency Response Plan/Protocol, stressing that now, more than ever before, the relationship between LASEMA and all its stakeholders must be strengthened and solidified for the purpose of making the State a safe haven.