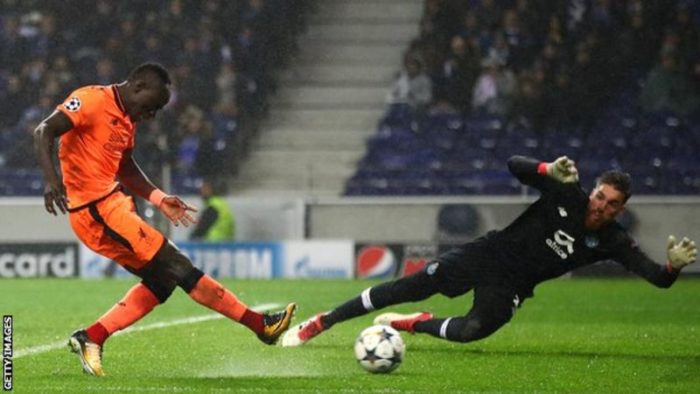 Sadio Mane scored a hat-trick as Liverpool marked their first Champions League knockout game for seven years with an emphatic 5-0 victory at Porto in their Champions League last-16 first-leg tie.

According to BBC, Mohamed Salah showed wonderful composure to steer the ball home for the second before Mane poked in a third.

Roberto Firmino then turned in James Milner’s cross before Mane completed his hat-trick with a driven strike.

Porto had lost just two matches in all competitions this season prior to Wednesday’s game but simply could not cope with Liverpool’s lethal attack.

Otavio had the Portuguese side’s best chance towards the end of the first half, placing his shot just wide of the far post after he was put through on goal.

Liverpool will expect to complete the job when they host Porto in the return leg at Anfield on Tuesday, 6 March.