Media to enligthen public on potential of Blue Economy 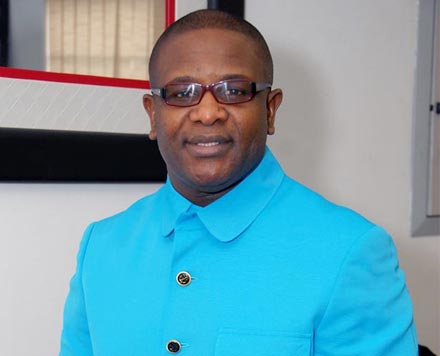 The Director-General, Nigerian Maritime Administration and Safety Agency (NIMASA), Dr Dakuku Peterside, has urged the media to collaborate in enlightening the public on potential of the Blue Economy.

Peterside made the plea at a one-day seminar organised for maritime journalists on Tuesday in Lagos.

“If we are able to tackle these problems, we will be able to sustain the concept of the Blue Economy.

“We need to put suitable policy in place to enable us achieve all the potential in the Blue Economy,” Peterside said.

According to him, the it covers both aquatic and marine spaces including oceans, seas, coasts, lakes, rivers and underground waters.

He pleaded with Nigerians to explore opportunities within the Economy and called for commitment by African nations toward providing investments to support and improve governance.

For the Blue Economy to flourish, he said, there was need to achieve and maintain peace and security, which were paramount, as well as technological innovations to shape it.

He said that protection, conservation, preservation and sustainable use of aquatic biodiversity must be at the centre stagestage of the Blue Economy.

He explained that the harmonised development of the various sectors must be prioritised in order to tackle the conflicts within the sector.

Peterside disclosed that the Minister of Transportation, Mr Rotimi Amaechi, was spearheading the policy on Blue Economy.

Speaking at the parley, Sam Omatseye, Chairman, Editorial Board, The Nation Newspaper, urged maritime journalists to report the potential of the Blue Economy to enable Nigerians to key into the platform.

He noted that studies had revealed that ocean resources could sustain an economy.

“Any idea is useful. You have to have an idea to create another,” Omotseye said.

He said that journalists should be able to understand the Blue Economy and of what relevance before they could be able to enlighten the public on its potential.

According to Omatseye, there are about 21 trillion dollars of wealth in Blue Economy which is open for humanity to tap.

Bello called for the establishment of good government policies to help the Blue Economy initiative to flourish.

“The media is a business and without business, there is no way we can be creative in reporting.

“Maritime plays a good role on the Blue Economy and that is why journalists covering the industry should carry out a lot of research and not rely on press releases.

“There is a limit to which media can do. We can only participate through effective reporting, be it negative or positive, to enlighten the public,” Bello said.