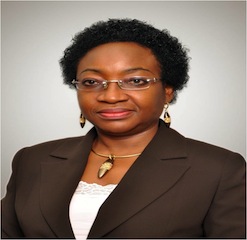 The Federal Government on Wednesday promised to provide working environment conducive for public servants to ensure quality service delivery in the country.

She said that efforts were already being made to enhance service delivery, as workers cannot perform optimally if their environment was not favourable.

“The issue of a conducive working environment for staff that has been raised by organised labour is very dear to my heart.

“Similarly, I have also approved the constitution of two committees on the development of a policy framework for Public Service Disaster Prevention and Safety Management’’, she said.

The HOS disclosed that the issue of promotions for the 2014 batch of Directors in the administration cadre has finally been resolved.

She added that the lifting of the court injunction on the promotion issue led to the conduct of examinations for 2015 to 2017 batch of Directors in the same cadre.

“Over 290 directors sat for the exams, out of which 140 were successful. With this achievement I am certain that going forward, the Civil Service will ventilate itself and officers will be rewarded for hard work.

“With this, departments which were hitherto manned by officers in acting capacity would now be manned by substantive directors,’’ she said.

Oyo-Ita stated that the meeting presented a good opportunity to improve industrial relations.

She, however, urged labour leaders to fully explore the opportunity presented by this platform to resolve burning issues in order to promote industrial harmony.

While speaking to newsmen, Mr Mohammed Kiri, Deputy President, Nigeria Labour Congress (NLC), commended the Head of Service for her efforts in improving the livelihood of public servants.

Kiri explained that the meeting is a platform for interaction between the union leaders and the government officials on major areas that affects the welfare and work of the Nigerian workers.

He added that the meeting has brought about smooth passage of memos to councils and quicken approval of recommendations made for the growth of the workforce.

According to Kiri, there are a lot of issues affecting workers in the public service, especially succession and favourable working conditions.

“The public service has a crisis of succession, you find out that in a particular office, all the professionals have retired and they are not being replaced.

“This issue is more predominant in the states, where you find only clerks and messengers in an organisation because there has been no employment in the past so the civil service workforce is shrinking.

“And of course the working environment is another mind boggling issue for us and I have reported this severally.

“You go into the Federal Secretariat; you cannot afford to enter any of the toilets because it is filthy and smelling.

“But am glad the Head of Service has addressed the issue in this meeting on efforts being made to decongest offices and create a good environment for workers,’’ Kiri said.