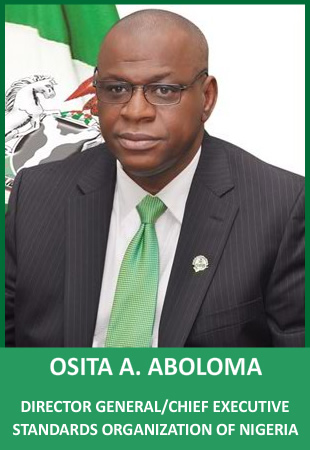 Aboloma, who was represented by Mr Sunday Galadima, a director in the organisation, made this known on Wednesday while speaking at the opening of a One-Day stakeholders’ sensitisation meeting in Yola.

According to him, the issue of fake and sub-standard products  poses a grave danger to lives and economy of Nigeria.

“We have confiscated fake and sub-standard products worth over N300 billion across the country in 2017.

“The aim of this workshop is to educate stakeholders, both the public and private sectors, on the need to work together.

“The work of standardisation  and quality assurance requires the involvement of all to ensure safety of  lives and economy of our country”, he said.

Aboloma said that the organization had embarked on arraignment and trial of some suspects linked with the impounded goods in various  courts across the country.

He noted that the organization has commenced the enforcement of its Act number 14  of 2015 to attain economic development .

He also explained that the organization had commenced intensive patrol and search of counterfeiters across the country.

He appealed to stakeholders to give the organization maximum support to ensure that only standard and quality products were allowed to be imported or produced in the country.

Adetunji said that the FRSC would give maximum support to SON to make Nigeria free of sub-standard tyres.