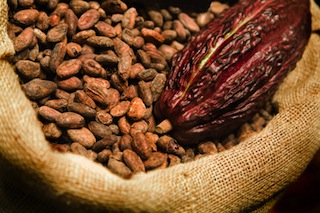 The Executive Director of NEPC, Mr Abdullahi Sidi-Aliyu, gave the commendation at a capacity building programme in Akure.

“I want to express the council’s appreciation to the executive governor of Ondo State for giving utmost attention to cocoa production.

“As the largest producer of cocoa in Nigeria, Ondo State has a lot to gain from the production, processing and export of cocoa and its derivatives,’’ he said.

Sidi-Aliyu, who was represented by Mr Sam Oyeyipo, a Deputy Director in the council, said that NEPC would ensure the collaboration of all stakeholders in the cocoa industry to ensure that Nigeria derived maximum benefits from the export of cocoa and its products.

He said that the workshop was aimed at enhancing the quality of Nigerian cocoa and its appeal in the international market.

“We are emphasising quality and not only production of cocoa, and the council has some intervention programmes for increasing cocoa output.

“Also, this workshop is to sensitise cocoa farmers and dealers, while gathering opinion on what is expected of NEPC as regards cocoa processing and marketing.

“NEPC is currently working with Adekunle Ajasin University, Akungba Akoko, (AAUA) on ways of increasing the production and distribution of cocoa seedlings to farmers, while building their capacity on improved cocoa processing to achieve premium cocoa exports,’’ he said.

Sidi-Aliyu said that the Federal Government, through the NEPC, had developed a plan to grow the export of non-oil exports.

Earlier, the Vice-Chancellor of AAUA, Prof. Igbekele Ajibefun, said that the choice of cocoa as one of the 13 national strategic export products was a testimony of the crop’s relevance to the economic growth of the nation.

Ajibefun said that the workshop was an attempt to motivate all the stakeholders in the cocoa industry to “look through the rear view mirror’’.

He said that the workshop was an opportunity to strategise on how Nigeria’s cocoa could regain its pride of place in the international market.

He, however, underscored the need for the government to demonstrate enough political will to address the falling ranking and status of Nigerian cocoa in the international market.

The vice-chancellor said that this could be done by funding the cocoa production initiative adequately and making loans available to cocoa farmers.

On his part, Chief Timehin Adelegbe, the Ondo State Commissioner for Commerce, Industries and Cooperatives, said that Nigeria could not maintain its dominance of the world’s cocoa market in spite of the good cocoa prices.

He urged NEPC to collaborate more with relevant agencies to give financial assistance to the youths, with a view to encouraging them to go into farming.

Adelegbe urged the participants to examine all the challenges facing Nigeria’s cocoa production objectively and come up with plausible recommendations that would assist the government and stakeholders in efforts to improve cocoa production.

He said that this was the only way to ensure that Nigeria’s cocoa became more acceptable in the international market.