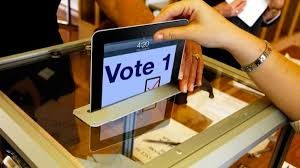 A House of Representatives member, Rep. Douye Diri (Bayelsa-PDP), has said that electronic-voting is a panacea to electoral challenges in the country.

Diri, who represents Kolokuma, Okpokuma Constituency of Bayelsa, told News Agency of Nigeria (NAN) on Thursday in Abuja, that part of Nigeria’s problem was the “manual way’’ of doing things.

According to him, deployment of technology in the transmission of results straight from polling units by Independent National Electoral Commission (INEC) will curb election thuggery, blood-letting and under-age voting.

He said that electronic voting would make elections acceptable to Nigerians and the international community, and commended INEC for the “positive drift towards technology’’.

On criticisms trailing National Assembly’s adoption of new sequence for the 2019 elections, Diri said that the parliament did not have any ulterior motive.

He said that the politicians agitating over the development were those who rode on the popularity of presidential candidates.

“Even, some governors think it will be a problem to them. If you are popular, you should not be bothered. Those that are against it have skeletons in their cupboards,” he said.

Diri pointed out that his greatest worry was that most issues that would have re-engineered Nigeria were turned down by the House of Representatives during the last Constitution review.

He, therefore, canvassed that the issue of state police should be revisited.

“State Police will help us to curb insecurity and finally stop all the issues surrounding anti-grazing laws at the state level.”

He allayed fears expressed by opponents of state police, saying that whoever used it to witch-hunt political opponents should be mindful of the fact that power was transient.

“As for the fear that some people will manipulate state police to achieve political gains, all I have to say about that is that no governor will stay beyond eight years.

“If he manipulates the police in his first term, he stands the risk of being voted out of office. If he survives, the maximum is eight years and after that, he becomes an ordinary citizen like you and me,” he said.

On herdsmen issue, the lawmaker said that clash between Niger Delta youths and herdsmen was imminent.

He said that the creation of cattle ranches by state governments would help in curbing the recurring clashes and attendant killings.

“The situation in Benue went too far as even the governor was insulted and this should not be.

“As a federating unit, there is a level of autonomy and all the Inspector-General of Police is suppose to do is implement the Benue anti-grazing laws.
‎
“The truth should be said; no herdsman can afford a rifle but it’s the owners of the cows that supply them the arms to protect cows.

“The same owners are exploiting the pastoralists instead of getting them educated in the act of ranching rather than arming them for self destruction.

“They should educate the herdsmen on how to manage ranches and once they embrace it, this issue of colony or grazing routes will be a thing of the past,” the lawmaker said.