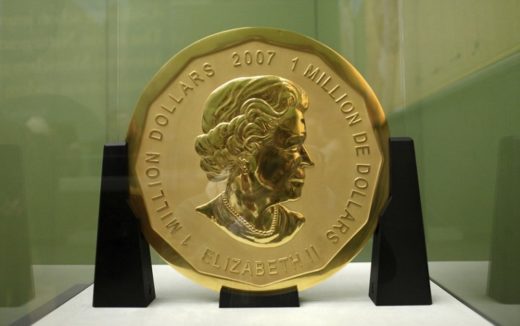 Gov. Oluwarotimi Akeredolu of Ondo State on Thursday said that the exploration of  solid minerals was important  to the development of the nation.

Akeredolu said this in Akure during a courtesy call on  him by the  members of the Nigerian Mining and Geosciences Society.

The governor, who was represented by Mr Ifedayo Abegunde, Secretary to the Ondo State Government (SSG), commended the efforts of the Federal Government in solid minerals’ exploration.

“The Federal Government is currently paying attention to the exploration of  our solid minerals, and our nation is actually making money from it.

“These minerals must be explored, hence, the need for experts.

“In addition, hydrological experts are needed for boreholes and geo-scientific survey to determine where to get water rather than wasting time on trial and error,” he said.

Akeredolu also lauded the willingness of the professionals to add value to the state, urging them to work with his administration in moving  the state forward.

Earlier, Mr Henry Bolarinwa, the Chairman, Ibadan Chapter of the society, had described his members as well trained professionals in related courses.

According to him, they are ready to contribute their wealth of experience to the  development of the state and the nation in general, if given the opportunity.

He said that  the society was willing to assist the government in Bitumen exploration.

“We are also ready to work with the government in developing a detailed meteorological mapping of the state and rehabilitating moribund boreholes,” he said.