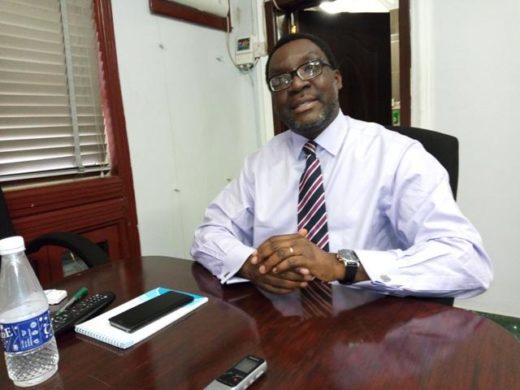 The Lagos State Commissioner for Culture and Tourism, Mr Steve Ayorinde,  says the state has concluded plans to inaugurate its first ever tourism calendar.

Ayorinde said this at the 2018 Tourism Innovation and Development Advantage (TIDA) held in Lagos on Thursday.

The TIDA conference is an initiative of Skyview Communications with the  theme: “Impact of Tourism Development on The Nigerian Economy”.

“This is the first of its kind; the calendar will show plans, venues and dates of festivals, carnivals and  conferences.

“It will also  provide  guides on how tourists, visitors and the public can  enjoy such events,”he said.

The commissioner said the idea behind  the calendar was borne out of the need to encourage the development of tourism  potential of the nation.

“There is a lot we can do if we get a lot of mappings and communications right.

“Nigeria is a home of tourism and entertainment, but we are not ready for the business aspect of it, which includes availability of hotels in tourist locations.

“This is a harsh reality.’’

Also,  Mr Muyiwa Oladipo, the Ogun  Commissioner for Culture and Tourism, said tourism had been relegated to the background in the country.

“Tourism right now is nothing to write home about but in five to 10 years’ time, it will be celebrated and sought after.

“Tourism is the future of the Nigerian economy and if better harnessed, it will generate more revenue,” he said.

Oladipo also said that  the African Drum Festival would be holding  in April in Ogun.

According to him, the drum is very essential in every stage of our lives, and at every occasion or festival the sound of the drum is heard.

“To celebrate this heritage, we came up with the Annual African Drum Festival in Ogun,” he said.

Similarly, Mr Yemisi Shyllon,  a tourism expert in his speech urged the  Federal Government to create a national policy on tourism for the country.

“One of the major challenges of tourism in Nigeria is that we do not have publicity for cultural activities like other developed countries.

“A national policy on tourism needs to be published, followed, adhered to and made available for everyone by the Federal Government.

“Tourism is sustainable and we need to focus on it,  especially,  with our high population of youth,’’ he said.

Shyllon said that there were  problems relating to  acceptance, love and respect for ourselves as Nigerians.

Without all these in place, citizens would be wasting their time on domestic tourism, he said.

“We must respect and love our culture without this we can not promote or transform the tourism sector.

“If we do not know anything about our culture and we talk about tourism, we will be wasting our time.

“We cannot develop tourism with foreign culture, countries that developed their tourism sectors had it done with their cultures,” he siad

Also, Mr Hakeem Adenekan,  the Chief Executive Officer of Commstrat Associates Ltd., said the media had an important role to play in the promotion of tourism in the country.

“We are yet to take tourism to the next level; there is the need for more exposition of tourist sites in Nigeria to the world.

“We have yet to see a television station fully dedicated to tourism.

“Without the media, whatever a nation has is in the dark.

“We need to focus on the positive side of Nigeria, package and project ourselves by using media to promote our tourist sites.”

Mr Wale Akinboboye, the Chairman of LA Champagne Tropicana Beach Resort, said; “Nigeria is the greatest country in the world in terms of tourism with different types of tourism.’’

“We have religious tourism which the Synagogue Church of All Nations (SCOAN) and the Redeemed Christian Church of God (RCCG) Camp symbolizes.

“The Ikogosi Warm Springs in Ekiti is the only warm spring in the world.

“All the other ones are glaciers. Nigeria also has agricultural  tourism, heritage tourism, and sports tourism among others,” he said.

He said that it was a new tool used to promote tourism all over the world.

“Virtual reality is not just limited to video games, it is the new tool used to promote tourism all over the world,” Awanah said.