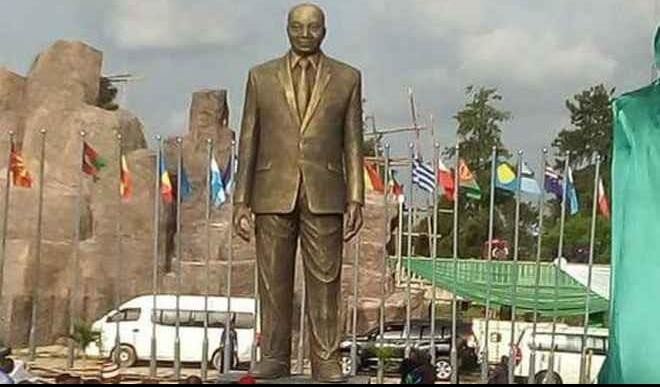 Governor Rochas Okorocha of Imo State says the statue of former President of South Africa, Jacob Zuma will remain, despite his forced resignation from office.

A statement issued by Okorocha’s spokesman, Sam Onwuemeudo on Friday said since the statue was built when Zuma was still the president of South Africa, it would not be pulled down.

According to the statement, the statue was built to honour Zuma, who rose to the peak of his career without a formal education, adding that the former president resigned honourably.

The statement added that after the former president came to Imo and spoke against the killings of Nigerians in South Africa, it abated drastically.

It further said Zuma came to Imo to partner with the Rochas Foundation College for Africa and that he never came for politics, adding that even after his departure as president, he would still go ahead to make his contributions to the education of the less privileged children in Africa.