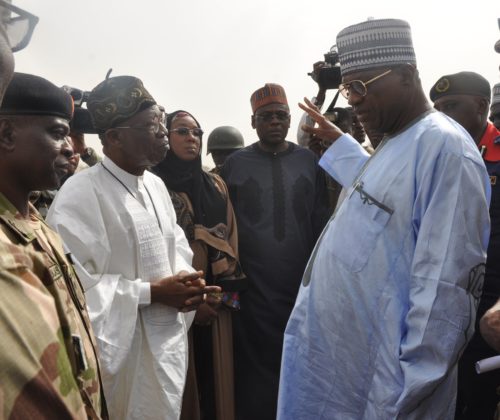 The House of Representatives on Tuesday set up an ad hoc committee to visit Dapchi in Yobe to assess the issues surrounding recent abduction of 105 girls from a school in the community.

The House also urged the Federal Government to guard against further abduction and insecurity in the North-East.

This was sequel to a motion under Matters of Urgent National Importance moved by Rep. Goni Lawan (Yobe-APC).

Moving the motion, Lawan noted that in 2014, 58 male students of College of Agriculture, Buni Yadi in Yobe state were mowed down in cold blood in their sleep.

He said that at various times in Yobe, abduction of school children, many of which were not reported, had been carried out by the insurgents.

“At those times, the attack often resulted in destruction of lives of innocent citizens of which their greatest offence was to have education.

“These unfortunate incidents had since been going on not only in Yobe, but in various parts of the North-

East, especially Borno and Adamawa, without any proactive measures in place to forestall further occurrences,” he said.

Lawan expressed worry that a week to the attack in Dapchi, there was no presence of any military operative in any of the check points leading to the community and the school in particular.

He added that this was in spite of the volatile situation in Yobe as one of the hotbeds of Boko Haram operation.

The House also urged the Federal Government to mobilise every security apparatus, including the Army, Air Force, Department of State Security (DSS) and other agencies to rescue the students as soon as possible.