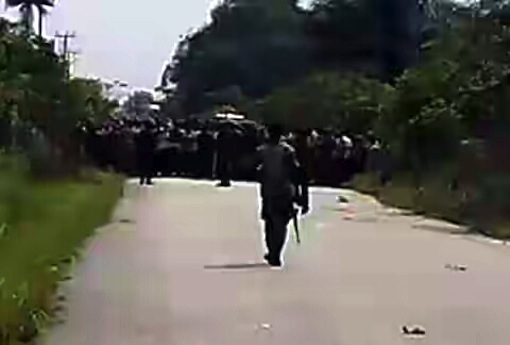 A statement issued on Wednesday in Enugu by the Division’s Deputy Director of Public Relations, Col. Sagir Musa, quoted Abubakar as giving the assurance at a security stakeholders meeting held on Feb. 27 at the 245 Reconnaissance Battalion, Ikom, Cross River.

Musa said the GOC’s meeting with the stakeholders was on the instruction of the Chief of Army Staff (COAS), Lt.- Gen. Tukur Buratai.

According to him, the meeting was to “confirm and assess’’ the reported occasional security threats in the border areas between Nigeria and Cameroon with a view to addressing the situation.

At the meeting, Abubakar on behalf of the COAS, thanked the various security agencies for their efforts at ensuring the peace and security of Nigerian citizens in the border areas.

The GOC urged the leaders and youths of the affected communities not to take the law into their hands but should remain law abiding and report any security infraction to security agencies.

Abubakar also reiterated the resolve of the Nigerian Government to continue to protect lives and property of citizens as well as the capacity of the Nigerian Armed Forces to defend the territorial integrity of the country at all times.

Two important highlights of the event were the briefs made by the various commanders and heads of security agencies to the GOC and a visit to Ajasso-Etung-Mfum border with Cameroon in Etung Local Government Area of Cross River.

Also at the meeting were the Commissioner of police, representative of the state Director, Department of State Services (DSS); heads of paramilitary organisations, traditional rulers of the affected border communities and representative of United Nations High Commissioner for Refugees (UNHCR), Sub-Office, Calabar, Mr Josiah Flomo.