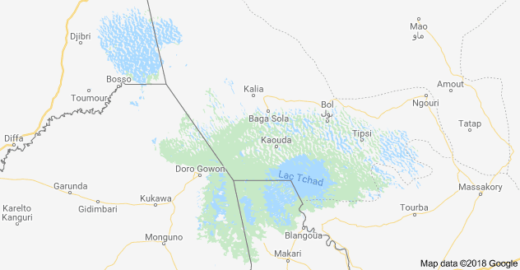 The University of Maiduguri says despite the incarceration of its lecturers for over eight months, it will work with the Nigerian National Petroleum Corporation (NNPC) to resume oil exploration activities.

A statement by the NNPC Spokesman, Mr Ndu Ughamadu on Friday in Abuja, said the unity pledged its readiness during a visit to the NNPC led by the Vice-Chancellor of the university, Prof. Ibrahim Njodi.

Njodi said: “the freed lecturers and the entire university community are ready to re-mobilise for oil exploration in the Chad Basin.

“Despite the harrowing experience of the adoptees in the captivity of the insurgents, the University of Maiduguri is focused on carrying through the exploration programme in the inland sedimentary basins.’’

The Vice-Chancellor said he regretted to announce the demise of one of the victims of the attack, Muhammed Kolo, who died as a result of gun-shot wounds.

He expressed gratitude to the NNPC, adding that the university community would not forget the support the corporation extended to the families of the victims at their hour of need.

Njodi sought more succour for the affected lecturers, adding that they passed through unimaginable trauma in the hands of their abductees.

Responding, Baru called for a minute silence for the soul of the victim, Kolo, who died from injuries he sustained during the attack, pledging support for the university.

“It would be a great mark of honour to the departed for the Corporation and the university to resume exploration work in the basin,’’ Baru said.

According to him, the corporation is convinced on the need to intensify exploration activities in the North given the need to boost the nation’s oil reserves.

This, he said was in line with the aspiration of President Muhammadu Buhari for the oil and gas industry.