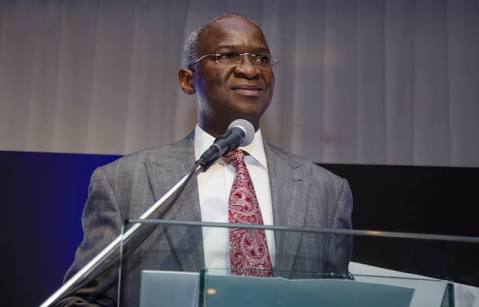 The Federal Government on Friday gave an assurance that it would complete the ongoing N537 million Ojutu bridge in Ilobu, Osun.

Mr Babatunde Fashola, the Minister of Works, Power and Housing, said this while assessing the level of work on some ongoing Federal Government projects in the state.

Represented by Mr Adetunji Adeoye, the South-West Director of the ministry, Fashola said that he was impressed with the level of work done at the site.

Fashola also said that government was committed to ensuring that all the ongoing projects in the state and other parts of the country were completed on schedule.

He further said that the infrastructural projects had created jobs for the residents of the state.

Also speaking, Mr Wasiu Atitebi, the Federal Controller of Works in the state, told newsmen that the contract was awarded and to be completed in 12 months.

Atitebi said that the project was already 50 per cent completed, adding that government was not owing the contractor.

Mr Humphrey Eihebholo, the representative of Preconsmith Construction Company handling the project, confirmed that government was not owing the firm.

Eihebholo said people from the town were employed at the project site, adding that it would be delivered by July.

Some of the residents, who spoke with the News Agency of Nigeria (NAN), commended the Federal Government for embarking on the project.

Mr Kayode Oladimeji, a motorist, said the old bridge connecting the town to Osogbo the state capital, was too narrow and old.

Oladimeji said that with the construction of a new bridge by the Federal Government, there would be easy flow of traffic.

Another motorist, Mr Wasiu Olatunji, said that he was happy with the construction of the bridge.

Olatunji said that the bridge after completion would boost the economy of the community.