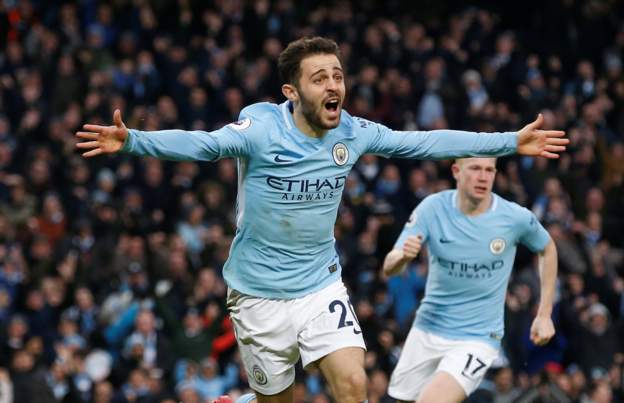 Manchester City extend lead at the top of English Premier League after defeating Chelsea 1-0 at the Etihad Stadium on Sunday.

Bernardo Silva got the only goal of the match on 46 minutes after an assist from David Silva.

Chelsea’s game plan was reliant on not making any errors in defence but they do just that as Andreas Christensen loses possession and David Silva crosses all the way across goal for Bernardo Silva, who taps in at the far post.