Amnesty programme has trained many ex-agitators in seafaring - Boroh 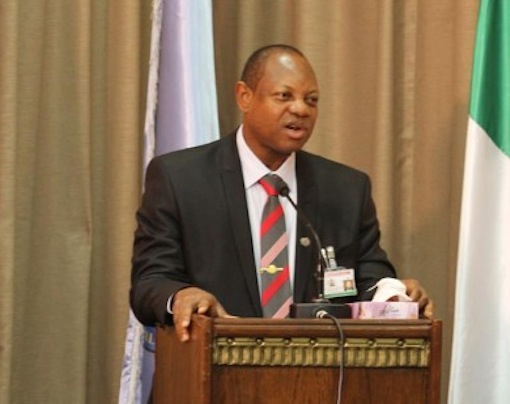 The Coordinator of the Presidential Amnesty Programme, (PAP), Brig.-Gen. Paul Boroh (rtd) said that the PAP has trained many ex-agitators and still planning to train more in seafaring.

Boroh, also the Special Adviser to the President on Niger Delta Affairs, said this in an interview with newsmen on Sunday in Abuja.

According to him, the Amnesty Office was aware of the economic importance of the maritime transport industry to the Niger Delta region and the need to train personnel.

He disclosed that a batch of trained beneficiaries from the World Maritime Institute in Sweden have successfully graduated and were back to Nigeria as seafarers.

He said that the maritime industry in Nigeria was crucial to the economic growth of the country.

Boroh said that the existence of the shipping industry was vital to global economy as it was one of the most important means of transportation due to its industrial and economic viability.

“Seaports are essential elements of the maritime transport supply chain. Not only do they entail a collection of pier and quay, but they are the suppliers and clients of a lot of services.

“They invest and create a lot of jobs and income, also they are often catalysts for growth and development, which implies that the sea transport system creates a lot of opportunities,” he said.

Boroh noted that for centuries people from around the world have been sending goods through the sea ways, ranging from clothes to shoes, food, electronics and every other thing you can think of.

He added that many import and export trade solely depended on the maritime transport system for sustainability.

According to him, the World Maritime University (WMU) in Sweden, is founded by the International Maritime Organisation (IMO), a specialised agency of the United Nations.

“WMU has an established reputation as a global centre for advanced education and research in the maritime field.

“It is offering high-quality professional education, which have provided the Amnesty beneficiaries with unique insight into the maritime sector,” he said.

The Presidential aide said as vital as the industry was to the world and its people, equally important was the work of the brave seafarers, who perform one of the toughest jobs in the world.

Boroh stressed the importance of the seafarers to the nation, saying that they operated the massive ships on the sea through the roughest waters and risky areas.

According to the coordinator, Seafarers run the global economy, 90 per cent of the world’s food, fuel, raw materials and manufactured goods are delivered by sea.

“Nearly all things sold world wide are transported through ships, which need skilled seafarers to operate, maintain and repair.

The Coordinator said the President Mohammadu Buhari Administration is so passionate about the region to have approved an immediate release of N1billion to the Maritime university at Okerenkoko, to support infrastructure works and staff recruitment.

He said the University would equal the standard of WUM as it would also produce Seafarers, Maritime Engineers and Technology, Maritime Environmental Managers.

One of the major issues tabled before the Federal Government by the Niger Delta leaders was the take-off of the Maritime University.