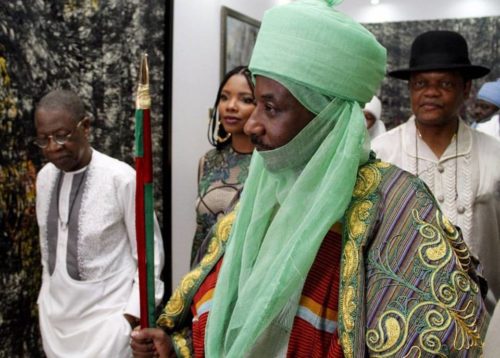 The Emir of Kano, Alhaji Muhammadu Sanusi II, has called on the Federal Government to rehabilitate all dilapidated Federal Highways in the country to reduce traffic accidents.

Sanusi made the call when he received the new Kano State Sector Commander of Federal Road Safety Corps (FRSC), Mr Ibrahim Sarki-Abubakar, who he paid him a courtesy visit in his Palace on Monday.

Sanusi said rehabilitating the affected roads was necessary in order to save lives and property lost daily as a result of accidents caused by rampant potholes.

The emir advised the sector commander to embark on massive enlightenment of motorists to understand the dangers associated with reckless driving on dilapidated roads.

READ: We are dedicated to building a better future using science, technology – Osinbajo

He expressed the readiness of the Kano Emirate Council to assist the corps in discharging its task.

Earlier, Sarki-Abubakar said he was at the palace to introduce himself to the emirate council and seek the blessing and advice of the monarch.

Similarly, the emir has  received the new state Comptroller of Immigration in the state, Mohammed Rabiu who also paid him a courtesy visit at the Palace.

The controller said the visit was to seek for royal blessings and advice.

On his part, the emir pledged support to efforts being made by the Buhari administration to make paramilitary agencies in the country more efficient and responsive on the discharge of their duties.