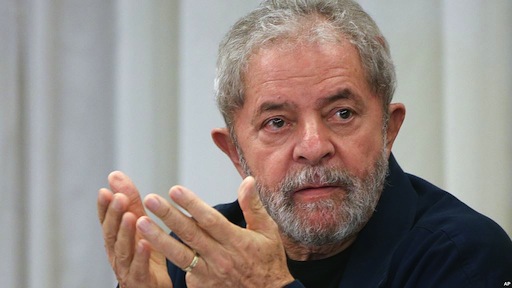 The prosecutors requested the court to “immediately start the implementation of the punishment,” the Diario Correo media outlet reported.

The 72-year-old politician was sentenced to 9½ years in jail last summer on bribery charges.

An appeals court upheld the ruling in January and increased the sentence to 12 years and one month.

Lula, who denied any wrongdoing, is to be jailed when his defense attorneys run out of appeal options.

While Lula is one of the most popular presidential hopefuls according to opinion polls, he is unable to run for president in the upcoming October election.

He served as president between 2003 and 2010, but is now barred from serving in any government capacity for the next 19 years.