3 ministries to update FEC on activities 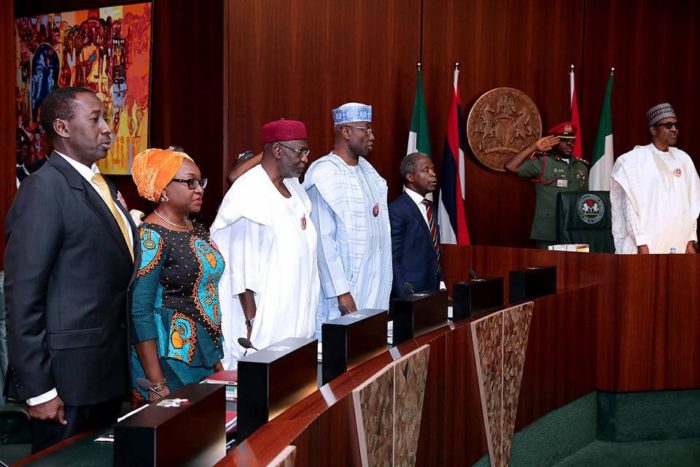 Three ministries are slated to update the Federal Executive Council (FEC) on their activities since November, 2015, during the FEC meeting on Wednesday.

The FEC meeting is presided over by President Muhammadu Buhar, who returned from Accra, Ghana on Tuesday after attending Ghana’s 61st independence anniversary.

Others are the National Security Adviser, retired Maj.-Gen. Babagana Monguno and the Chief of Staff to the President, Malam Abba Kyari and other cabinet members.

All the service chiefs are also attending the meeting with the Minister of Defence, retired Brig.-Gen. Mansur Dan-Ali.

A News Agency of Nigeria (NAN) correspondent at the State House learnt that the service chiefs may also update the council on the successes and challenges in the nation’s security sector.