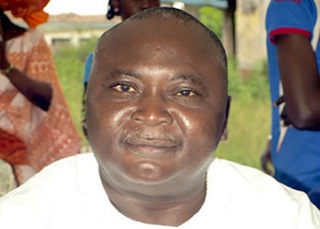 A lawmaker in the House of Representatives, Oladipupo Adebutu, has advised President Muhammadu Buhari to resign because he has failed Nigerians for his inability to prevent the abduction of school girls in Dapchi, Yobe State.

Adebutu stated this while speaking with journalists at the opening of the PDP secretariat in Odogbolu local government areas of Ogun State.

“What goes round comes round. We had Chibok girls before and instead of addressing the problem Nigeria had, we turned it into a partisan issue. Now we have a repeat episode and we are calling on the APC to now wage the magic wand they promised they had to rescue those girls. With the experience we have had about Chibok schoolgirls, I’m very disappointed that this government allowed this to happen again. The military withdrew because they thought the area was safe; incompetence.”

The Peoples Democratic Power (PDP) is ready to take over power from the present administration. This is why we have commissioned our revamped secretariat in preparation for the onward journey. Any good work man will service and maintain his tools in preparation for usage. We are looking forward to campaign starting and as such, we are putting all our structures in place and we are making sure we are battle ready to take over power from the ruling APC.”