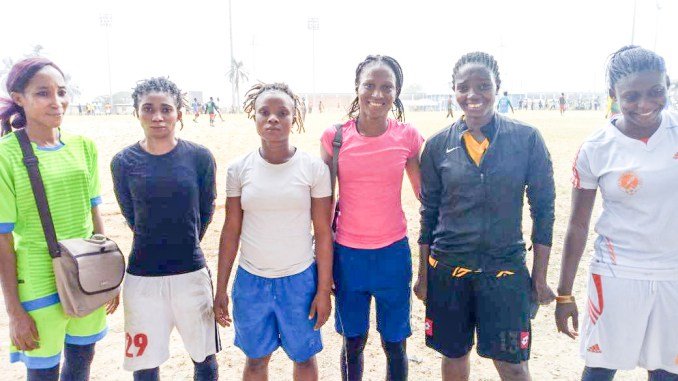 The management of Pelican Stars Female Football Club of Calabar says it has signed 10 new players ahead of the 2017/2018 National Women League Football season, which begins on April 7.

Sam Kombor, Chairman of the club made this known to the News Agency of Nigeria (NAN) on Thursday in Calabar.
Kombor said that Cross River Government and the coaching crew were determined to ensure the club emerged victorious in all their games during the season.

He mentioned some of the players to include, Ruth Sunday from Kogi Queens, Ogechi Ukwuoma from Delta Queens, Regina Otu from Edo Queens, Oluwaseun Adedonyi, popularly called `Batex’ from Police Machine, Lagos.

The chairman lauded the state Governor, Prof. Ben Ayade and the Commissioner of Sport, Asu Okang for placing premium on women football in the state.

He said the state government’s sponsorship of their trip to Lagos for the 2017/2018 National Women Football Club Congress was of immense benefit to the club.

The Team Manager, Effioanwan Ekpo, charged the players to be dedicated and remain focus during the season.