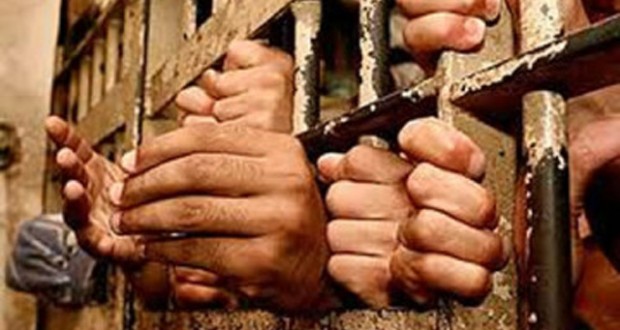 The Chairman and members of the Delta State Advisory Council on the Prerogative of Mercy (DSACPM) have concluded its maiden visits to all prisons across the state with a discovery of 1154 convicted persons in jail for various offences.

The figures were made known during the maiden visits of the Delta State Advisory Council on the Prerogative of Mercy (DSACPM), to prison facilities across the State.

The figure which does not include those awaiting trials, are made up of 32 inmates on life imprisonment, 222 on the death row and 900 others serving various jail terms.

The five prisons are located in Warri, Sapele, Ogwashi-Uku, Agbor and Kwale.

There were 82 convicted inmates at the Sapele, 42 at the Kwale, 173 at Ogwashi-Uku and 104 at Agbor Prisons, serving their terms of sentence.

Four of the 222 inmates on death row at the Warri Prison, popularly known as Okere Pruson, are females, 32 others on life imprisonment and 900 are serving various jail terms.

During the visits, members of the Council had interactions with convicted inmates in all the prisons. They encouraged the inmates not to give up on their dreams, and that the period of their incarceration should afford them the opportunity to have deep sober reflections and change their ways.

The convicts were also reminded of Governor Ifeanyi Okowa’s administration’s commitment to better the lives of all Deltans, including that of prisoners, so that they could be useful to themselves and others when they return to society.

At the Agbor Prison, a 39-year old man, Tunde Thompson, who was sentenced to 14 years for defiling a 4-year old child, received bashing from the Secretary of the Committee, Barr. (Mrs.) Uju Monye, for such an atrocity.

Monye told the convict point blank that he does not deserve clemency because of his act of wickedness against the innocent child.

The bashing came on the heels of the lack of remorse displayed by the convict when he appeared before the Chairman and members of the Council.

Chief Okpakpor while promising to make appropriate recommendations to the Governor to grant amnesty to deserving inmates, cautioned youths to stay away from crime as the condition of Nigeria prisons are deplorable and degrading.

The Delta State Advisory Council on the Prerogative of Mercy was inaugurated by the Delta State Governor, Ifeanyi Okowa on the 30 March, 2017 to help in decongesting prisons in the state.