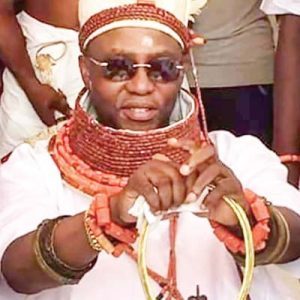 The revocation of oaths of secrecy by victims of human trafficking and curse placed on their traffickers, their collaborators, cultists and members of Community Development Associations by the Benin monarch Oba Ewuare 11, is yielding positive results.

Oba Ewuare II, had Friday assembled top sorcerers and magic priests of Benin Kingdom at his palace grounds, to place curses on herbalists, native doctors who aid human traffickers by administering oaths of secrecy on their victims.

The curse was also extended to cultists, kidnappers, religious leaders and anyone involved in illegal trafficking of persons.

His action followed reports by people and complaint by the Director-General of the National Agency for the Prohibition of Trafficking in Persons (NAPTIP), Dame Julie Okah-Donli, that victims are subjected to oaths of secrecy by their traffickers.

Okah-Donli had while on a visit to the Benin monarch a few weeks ago, disclosed that the agency found it difficult to prosecute offenders because the victims are not willing to come to court to testify against their traffickers due to the oaths of secrecy administered on them.

Following the revocation of oaths of secrecy victims of human trafficking were subjected to and the curse placed on the traffickers and their collaborators by the Benin monarch, victims are said to be free from such oaths henceforth.

A woman whose ​joy knew no bound almost got knocked down by a moving vehicle, as she danced and rolled on the main road leading to the Oba’s palace.

She said that five of her female children who have been under bondage for several years, are now free from their oath of secrecy and the servitude they had been subjected to.

It was also reliably gathered that scores of cult members have been visiting the State High Court to depose to affidavits, renouncing their membership of the various cult groups.

A source at the State High Court who spoke spoke to our correspondent on condition of anonymity, said they had processed the affidavits of about 39 persons, and more are still on queue, awaiting their turns.

It was also gathered that several Enigie (Dukes) who had secretly engaged in land racketeering even after the pronouncement of ban on such activities by the Oba, are now returning lands they had forcefully occupied to their owners.

Many who spoke on the issue, noted that the curses pronounced by the Oba on human traffickers, their colaborators, cultist and others would have a positive effect, because the Benins have a reverential fear of their Oba.

They are also of the opinion that Nigeria will move forward, if politicians and high government officials are subjected to oaths by sorcerers.