Saudi Arabia vows to develop nuclear bomb if Iran does 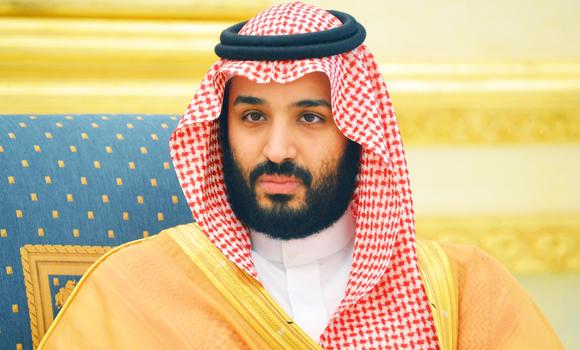 Saudi Arabia will develop a nuclear bomb if Iran does so, the kingdom’s 32-year-old crown prince said in a preview of a television interview released on Thursday.

“Saudi Arabia does not want to acquire any nuclear bomb, but without a doubt if Iran developed a nuclear bomb, we will follow suit as soon as possible,” Prince Mohammed bin Salman told CBS in an interview that will air on Sunday.

In 20122, Prince Turki al-Faisal, a former Saudi intelligence chief and ambassador to Washington, warned senior Nato military officials “we cannot live in a situation where Iran has nuclear weapons and we don’t. It’s as simple as that,” the official said.

“If Iran develops a nuclear weapon, that will be unacceptable to us and we will have to follow suit.”

Officials in Riyadh said that Saudi Arabia would reluctantly push ahead with its own civilian nuclear programme.

Peaceful use of nuclear power, Turki said, was the right of all nations.

Turki was speaking earlier this month at an unpublicised meeting at RAF Molesworth, the airbase in Cambridgeshire used by Nato as a centre for gathering and collating intelligence on the Middle East and the Mediterranean.

According to a transcript of his speech obtained by the Guardian, Turki told his audience that Iran was a “paper tiger with steel claws” that was “meddling and destabilising” across the region.

“Iran … is very sensitive about other countries meddling in its affairs. But it should treat others like it expects to be treated. The kingdom expects Iran to practise what it preaches,” Turki said.

Turki holds no official post in Saudi Arabia but is seen as an ambassador at large for the kingdom and a potential future foreign minister,

Saudi Arabian diplomats and officials have launched a serious campaign in recent weeks to rally global and regional powers against Iran, fearful that their country’s larger but poorer regional rival is exploiting the Arab Spring to gain influence in the region and within the kingdom itself.

Turki had also accused Iran of interfering in Iraq, Lebanon, Syria, and in the Gulf state of Bahrain, where Saudi troops were deployed this year as part of a Gulf Co-operation Council force following widespread protests from those calling for greater democratic rights.

Though there has previously been little public comment from Riyadh on developments in Syria, Turki told his audience at Molesworth that President Bashar al-Assad “will cling to power till the last Syrian is killed”.

Syria presents a dilemma for Saudi policymakers: although they would prefer not to see popular protest unseat another regime in the region, they view the Damascus regime, which is dominated by members of Syria’s Shia minority, as a proxy for Iran.

Iran and the U.S. remain in dispute over its nuclear programme.