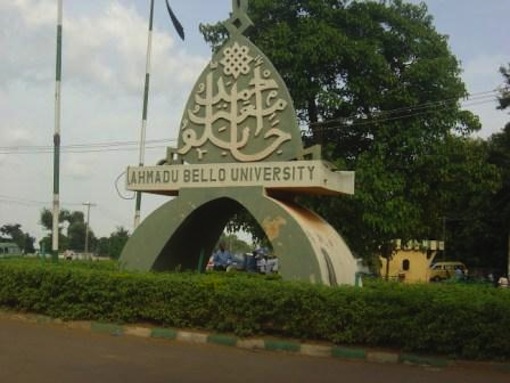 Prof. Ibrahim Mohammed-Dabo, the Team Leader, ABU Refinery Project, made the disclosure in an interview with the News Agency of Nigeria (NAN) in Zaria, Kaduna State.

Mohamed-Dabo, a Professor of Chemical Engineering said: “Our ultimate goal is to have a conventional and standard locally build refinery that can be refining Nigerian crude.

“We are hoping if enough funding is made available to us to perfect what we have on ground; we shall be willing to build other ones that can be stationed in the Niger Delta.

“This is where most of the Nigerian crude oil is produced. When new ones are built, we are going to train operators that will manage them,” he said.

He recalled that the ABU mini refinery project started in 2011 when he wrote a research proposal to the university management for onward delivery to Tertiary Education Trust Fund (TETFUND) for funding.

“In monetary terms, the initial stage of the project was proposed to cost a total of N18 million but to our surprise, only N1.8 million was approved for the project.

“We initially wanted to abandon the project because the amount approved was so small, but being very passionate about it, we started the design and fabricated some components with that meagre amount.

“Actually, it reached a stage that we had to use our personal money for the project. When we started installation at the site, we invited the university management to the site and they were very happy.

“On appreciating what was done, the then Vice-Chancellor pledged that the university was going to support the project which they did by providing land, security light and water,” Mohammed-Dabo said.

He added that dedicated staffs were employed purposely for the project, stressing that since then, the university had been very supportive.

“As you know, refinery is made up of many units; the first unit to be put in place in any refinery are the desalting and crude distillation units.

“These were the ones we designed, constructed, installed and operated with the support of the University.

“The Raw Materials Research and Development Council (RMRDC), Abuja was approached to fund two units, which were the Naphtha Hydro-treating Unit (NUH) and the Fluid Catalytic Cracking Unit (FCCU).

“The RMRDC is therefore sponsoring these units which we have completed both the design and fabrication components, we are now at the installation stage’” he said.

According to him, the team is equally working on other units such as the Kerosene hydro-treating unit, Catalytic reforming unit, sour water stripping unit and flared gas recovery unit.

He said in summary what was not on ground was solely sponsored by the ABU management toward ensuring the success of the project.

On present state of the refinery at ABU, Mohammed-Dabo said three units have so far been completed.

“As I have mentioned earlier, presently the refinery has completed three units which are the desalting unit, atmospheric and vacuum distillation units.

“We are equally working on four of five other units which we hope before the fourth quarter of this year, we will commission them, God’s willing.

“Building any technology is capital intensive; talk less of oil refinery technology. It involves many trials before perfection.

“There is the need to improve upon what has already been built and this involves money. We have been making efforts in this regard but up till now no funding secured yet,” he said.

Mohammed-Dabo said they have approached PTDF, Ministry of Niger Delta Affairs, TETFUND and the Nigerian Content Development and Monitoring Board (NCDMB) without much success.

He, however, said the good news was that when the NNPC GMD visited the refinery, he promised to support with crude supply.

“Again, last month we participated at the just concluded Nigeria International Petroleum Summit in Abuja where we show-cased our project.

“The Minister of State Petroleum Resources, Dr Ibe Kachukwu visited out exhibition booth and he was highly impressed with our efforts.

“In view of what he saw, he promised to support the project. We have submitted our proposal hoping to hear good news from them,” he said.

The professor said what was interesting during that summit was that many investors were willing to partner with them, but said the team have to improve their technology before agreeing to engage private investors.

The team leader appealed to the federal government to consider the refinery project as a priority by supporting it.

“So that within a shortest possible time Nigeria will build her locally developed refinery which will solve the perennial shortage of petroleum products leading its importation.

“It is truly shameful that we are an oil producing nation but rely on importation of refined products.

“Government has a role to play to develop this technology. Anywhere in the world, developing technologies is the responsibility of government.

“It is only when it has reached a certain stage that private investors will come and partake. Nigeria is blessed with both human and material resources,” he noted.

He stressed the need for concerted efforts to judiciously utilise the country’s abundant resources, saying that any country that wanted to develop technologically must try and develop technologies of its manufacturing sector.

Mohammed-Dabo observed that Nigeria would never be self-sufficient or secured as long as it rely on foreign countries for technology.

He cited example of the four state-owned refineries in Nigeria, saying, they were all built by foreigners.

“The four state-owned refineries were all built by foreigners and whenever a serious technical problem arises we resort to contacting the so-called original manufactures to solve the problem.

“If these refineries were designed and built by Nigerians, we would have solved the problems faster and cheaper.

“We are therefore, requesting the government to support and encourage us so that Nigeria will have a completely locally developed oil refinery technology.

“Having locally build refineries will make it cheaper for private investors to build modular refineries which help in curbing the proliferation of the so-called artisan illegal refineries in the Niger Delta,” he said.

He observed that operations of such illegal refiners were dangerous to both operators and the environment.