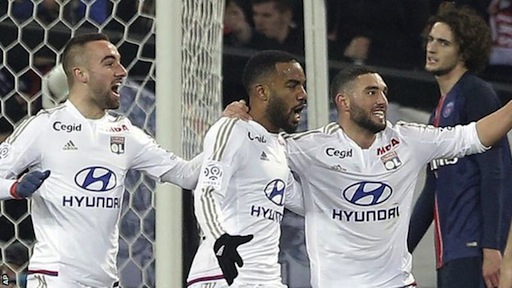 Lyon supporters clashed with police outside their stadium — venue for this year’s Europa League final — following the home match against CSKA Moscow on Thursday and several officers were injured.

The club said in a statement that the incidents involved “a group of individuals wearing hoodies who are not part of the club’s official supporters’ groups”.

UEFA said Lyon had been charged with crowd disturbances, the throwing and setting off of fireworks and blocked stairways.

It has also charged the club with “racist behaviour” on the basis of a report by the anti-racism group FARE.

Marseille face sanctions after trouble at their game at Athletic Bilbao the same evening and they have been charged with crowd disturbances and the setting off of fireworks.